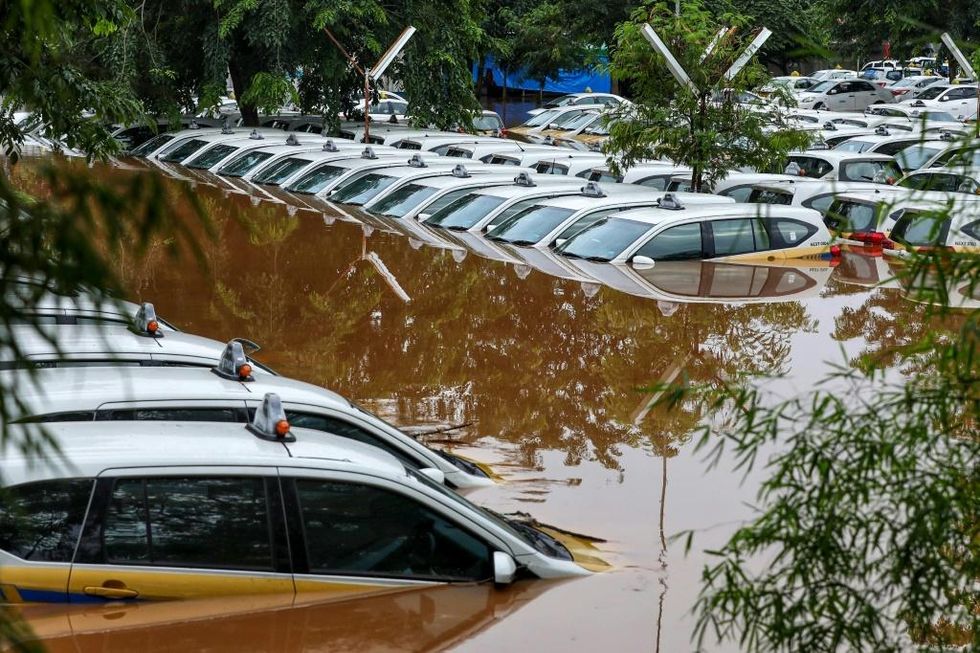 Tens of thousands of residents have been evacuated to temporary shelters Photo: AFP / RALIA

Tens of thousands of residents have been evacuated to temporary shelters, and the Southeast Asian nation's disaster agency warned the number killed could increase.

Local media reports said as many as 21 people were dead or missing.

"We're still updating the figures from various sources and there is a possibility that the toll could increase," National disaster agency spokesman Agus Wibowo said Thursday.

An eight-year-old boy killed in a landslide and an 82-year-old pensioner were among the confirmed victims.

Those killed died from drowning, hypothermia and being covered by landslides, while one 16-year-old boy was electrocuted by a power line.

Two of the 18 victims died in neighbouring Lebak regency, according to officials, but media reports said five people died in the region at the south end of Java island.

On Wednesday, electricity was switched off in many Jakarta districts to prevent more electrocutions, with some train lines and one of the city's airports also shut.

The torrential downpour triggered landslides on the city's outskirts, while scores of homes were flooded with muddy water.

Images from across the region showed waterlogged homes and cars submerged in muddy floodwaters, while some people took to paddling in small rubber lifeboats or tyre inner-tubes to get around.

The disaster marked Jakarta's worst flooding since 2013 when several dozen people were killed after the city was inundated by monsoon rains.

Jakarta is regularly hit by floods during Indonesia's rainy season, which started in late November.

Authorities said some 31,000 people had been evacuated, but that figure did not include residents in Jakarta's satellite cities.

Service at Halim Perdanakusuma airport, which handles commercial and military planes, was temporarily shut due to severe flooding on its runways, according to the transport ministry. It was reopened Thursday.

Some flights were transferred to Jakarta's main Soekarno–Hatta International Airport.