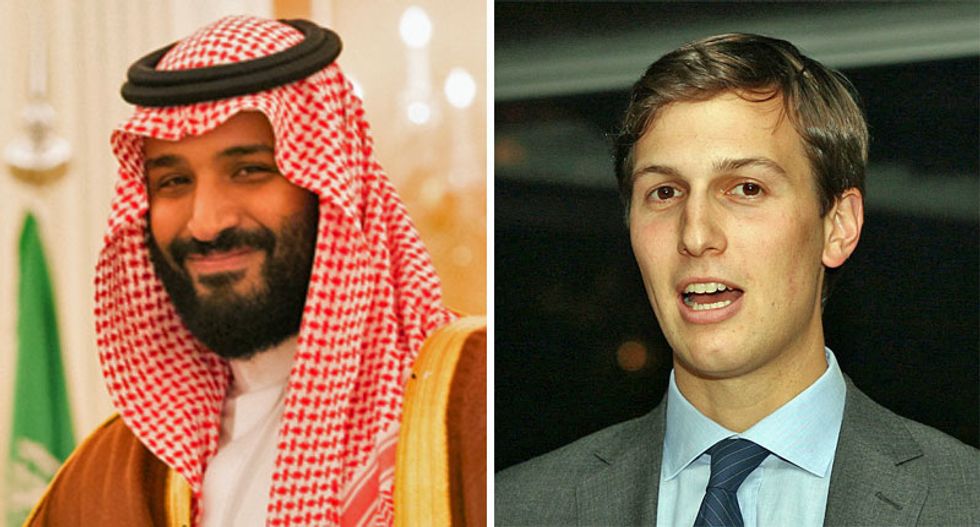 The House of Saud crown prince was implicated in the hacking of Washington Post owner and Amazon founder Jeff Bezos's cell phone in a bombshell new report in The Guardian.

"The Amazon billionaire Jeff Bezos had his mobile phone “hacked” in 2018 after receiving a WhatsApp message that had apparently been sent from the personal account of the crown prince of Saudi Arabia, sources have told the Guardian. The encrypted message from the number used by Mohammed bin Salman is believed to have included a malicious file that infiltrated the phone of the world’s richest man, according to the results of a digital forensic analysis," The Guardian reported.

Justin Sink, a White House correspondent for Bloomberg News, noted the implications of the report.

"This invites the obvious question of if MBS has ever sent certain senior members of the White House video messages via WhatsApp," Sink noted.

Ryan Grim, the DC bureau chief for The Intercept, took the reasoning a step further.

“As we previously reported, Kushner chatted regularly with MBS on WhatsApp. It is near-certain that MBS pulled this same hack on Kushner and Saudi [Arabia] has therefore had secret access to his phone for years,” Grim noted.

Grim linked to a 2018 story headlined, "Saudi Crown Prince boasted that Jared Kushner was 'in his pocket.'”