Jerry Nadler drops the hammer on Dershowitz: 'I thought he was ignorant -- now I know he's lying' 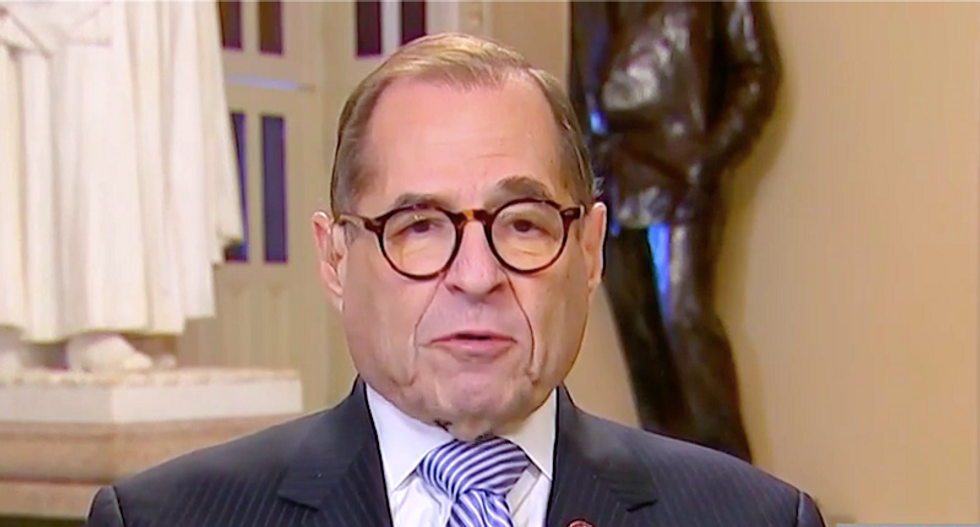 Harvard Law professor emeritus Alan Dershowitz argues that Trump's abuse of power is not an impeachable offense, but that's not what he said two decades ago during Bill Clinton's impeachment.

“It certainly doesn't have to be a crime if you have somebody who completely corrupts the office of president and who abuses trust and who poses great danger to our liberty,” Dershowitz argued in 1998.

"When the Constitution was written, there were no crimes because they had not passed any crimes," Nadler said. "Congress didn't exist. Bribery, for instance, was not made a federal crime until 1837. The fact of the matter is every constitutional scholar, everyone knows if you read the Federalist Papers, if you read the debates of the Constitution convention, they were talking about abuse of power as the worst conceivable crime a president could commit."

"To betray the country by using the power of the office of president for other than the national reasons, for betrayal or personal reasons, or to betray the country to a foreign power -- that was the worst thing the framers could imagine," Nadler continued, "and that's what's involved here. The president sought to get a foreign power, Ukraine, involved in our elections."