Leader of Neo-Nazi militia unmasked as American based in Russia 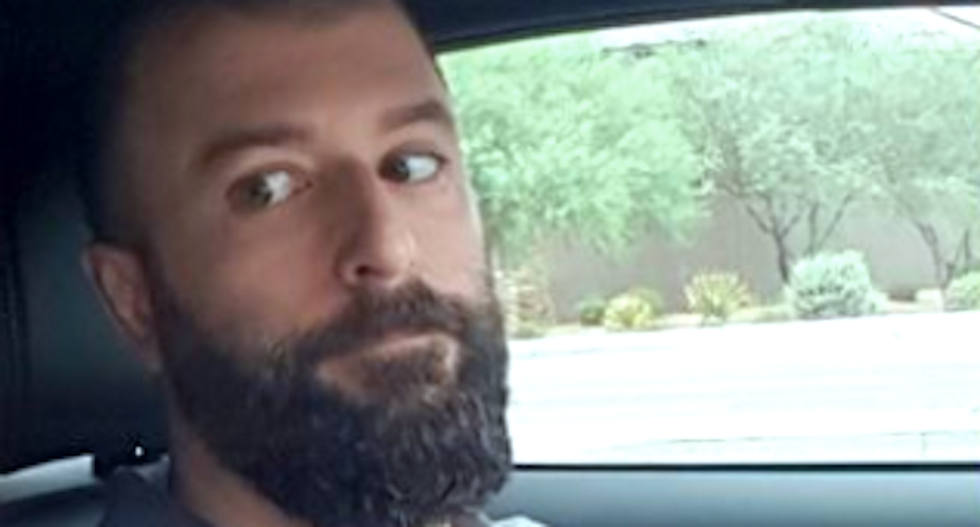 The American founder of The Base has been directing the neo-Nazi extremist group from Russia.

The militia group founder's identity has been revealed as Rinaldo Nazzaro, who left New York for St. Petersburg less than two years ago, reported BBC.

The Guardian also confirmed Nazzaro as the group leader who goes by "Norman Spear" and "Roman Wolf," and claims to have served as an intelligence, military and security contractor in Russia and Afghanistan.

Seven members of The Base were charged this month with various crimes, including conspiracy to commit murder.

The FBI has described the group as a "racially motivated violent extremist group" that "seeks to accelerate the downfall of the United States government, incite a race war, and establish a white ethno-state."

BBC traced the 46-year-old Nazzaro to a pricy apartment purchased by his Russian wife in July 2018, the same month the FBI says he founded The Base.

Nazzaro has used photos of himself to promote the group online, although his true identity had been a mystery even to group members.

One video posted online in March 2019 shows Nazzaro in Russia wearing a T-shirt with Vladimir Putin's face and the words, "Russia, absolute power."

Nazarro allegedly directed The Base members to carry out "non-attributable actions but that will still send a message" after three group members were charged in a conspiracy to kill two anti-fascist activists and their children.