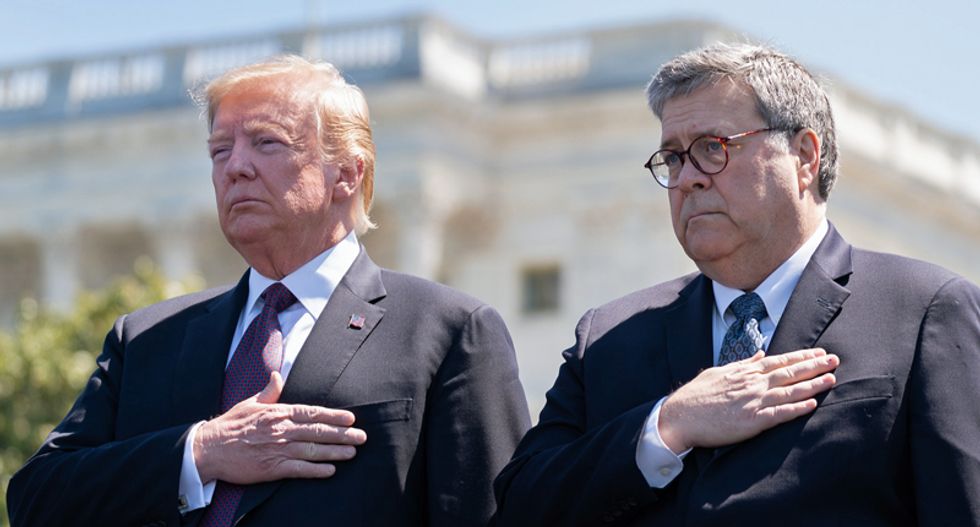 Appearing on MSNBC's "AM Joy," a former prosecutor speculated that indicted Lev Parnas -- who has leveled a stunning amount of accusations against President Donald Trump and senior administration officials --- likely agreed to speak candidly with MSNBC's Rachel Maddow because he fears for his life and felt Attorney General Bill Barr couldn't be trusted.

Addressing the interview that drew record viewership for Maddow's evening show, former prosecutor and current MSNBC legal analyst Glenn Kirschner said Parnas likely had good reason to worry about how his own case is going.

"I'm quite sure SDNY prosecutors have sat down and gotten all this information. some of the information we now know they must have gotten was what Lev Parnas told Rachel," Kirschner explained. "Bill Barr is in on the dirty Ukranian deal."

"Now, if they sign him up as a cooperating witness and they use that evidence, who do they end up bringing down? Bill Barr. Who's overseeing the Lev Parnas prosecution? Bill Barr who oversees everything that goes on in the southern district of New York U.S Attorney's office and the 93 other U.S Attorney's in the country," he continued before suggesting, "Bill Barr needs to have his DOJ hall pass revoked because of this dramatic conflict.

Later in the segment he returned to the Maddow interview.

"Here is the Catch 22 for Parnas," he elaborated. "If he is actively involved with discussions with the prosecutors in New York to see whether he wants to come on board as a cooperator, those will remain secret so he wouldn't be able to tell his story publicly."

"That must be part of the motivation for getting his story out because, think about it, if he had been dealing with the Southern District of New York prosecutors behind closed doors, giving up Bill Barr, Trump and others and all of a sudden something happened to him like happened to [Jeffrey] Epstein, well, all of that information would then be put under wraps by Bill Barr the same way we really haven't gotten to the bottom of what happened to Epstein," he suggested. "And so I think this was a smart move and maybe for his own personal safety -- this was Lev Parnas' only play to get the information out to the American people so he doesn't get Epstein-ed."