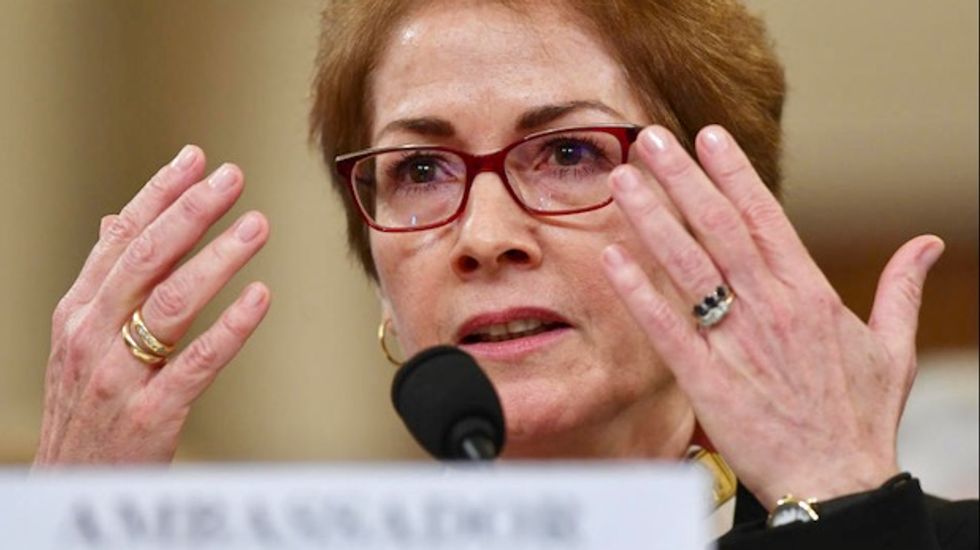 Marie Yovanovitch, the former US ambassador to Ukraine (AFP)

Parnas, who is under federal indictment, described a meeting at Trump Tower -- attended by Donald Trump, Jr. -- where the president ordered the firing of the ambassador.

He said, "they couldn't get it done" and so they started the public smear campaign against the ambassador to make it easier for her to be removed.

@maddow Parnas gives an unusual answer for why Trump's team resorted to a smear campaign against Yovanovitch rather… https://t.co/mXR5bvreJO
— The Moscow Project (@The Moscow Project) 1579229255.0