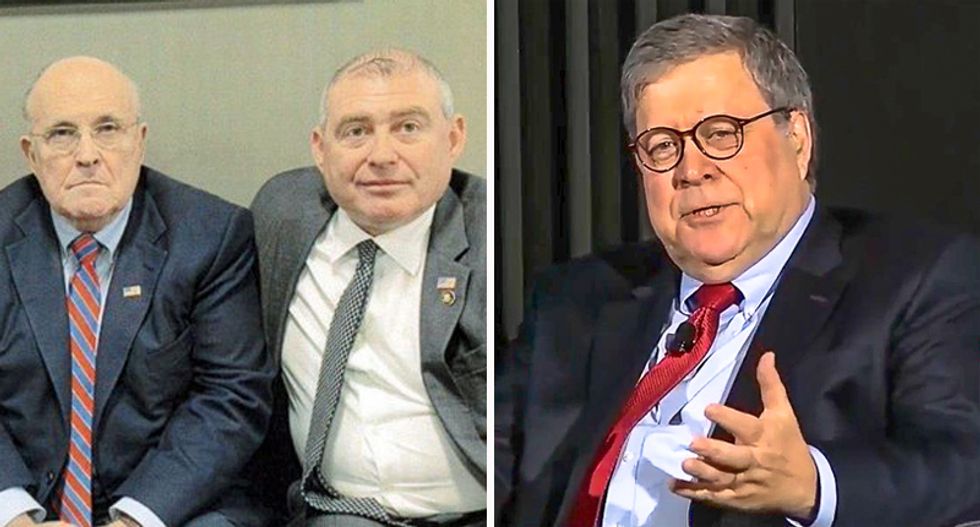 "Deadline: White House" host Nicolle Wallace cut into programming on Monday to report on breaking news on the impeachment trial.

"We've got some breaking news," MSNBC anchor Nicolle Wallace reported. "And I guess you can call it extended fallout from Lev Parnas's extensive interview with Rachel Maddow. Some revelations we all, as a viewing public, first learned about there."

"Lev Parnas's attorney has just released a three-page letter with exhibits that he sent to Attorney General William Barr, asking for the attorney general's recusal from Lev Parnas's case and the investigation and calling for a special counsel to be appointed," she reported.

Jolly noted that, "Barr is the administrator of the department that is investigating Lev Parnas. And so, if Barr was tied up with Donald Trump on this, then it is right for Parnas's attorney to say you have a conflict and you can't officiate this."

"More importantly, I think what Parnas is doing, what we saw in the interview with Rachel, is he is saying to the Southern District of New York, I will serve up these individuals to you. 'I will give you Rudy Giuliani. I will give you a Mike Pompeo. I will give you Donald Trump."

"And you can't reasonably expect the U.S. attorney general to be able to preside over that if Parnas is saying, 'I will give you your associates.' I think legally, it's the right move," Jolly explained. "Frankly, I'm a bit surprised we haven't heard a calling for a special counsel before this, because what Lev Parnas is saying, it meets the facts. And he might be an imperfect witness, he facts seem to come true with everything he's saying."