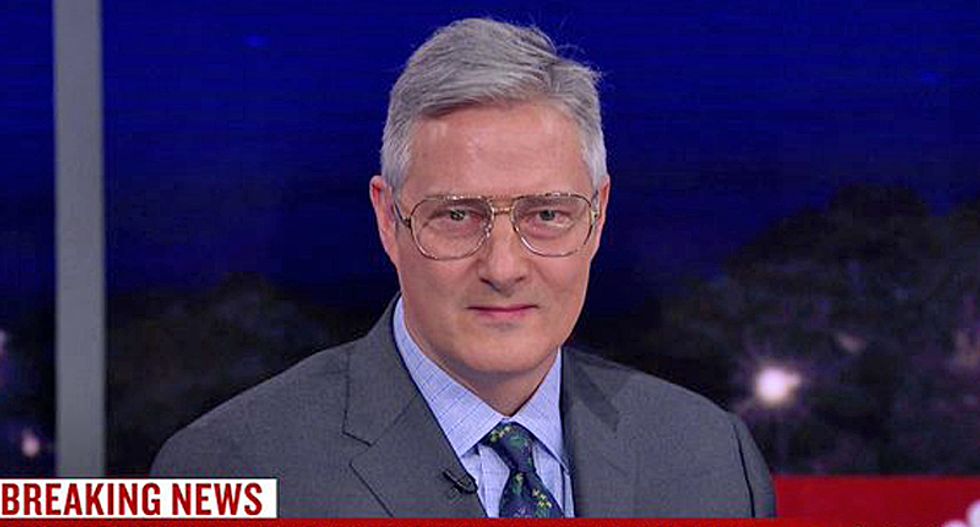 Joseph Bondy, the attorney for Parnas, was interviewed Friday evening by Rachel Maddow, following the day's end of the Senate impeachment trial of President Donald Trump.

Luppen, who offers legal analysis on his popular @nycsouthpaw Twitter account, came to a conclusion that seemed to surprise him after watching the interview.

"I’ve never seen a lawyer sit on a cable panel show and make that much news," Luppen wrote.

CNN reporter Shimon Prokupecz had a question for Luppen.

"What is the ultimate strategy here?" Prokupecz asked. "It’s clear from his interview SDNY has no interest in him. He is suggesting Fruman behind the smear campaign against Yovanovitch. I can’t see SDNY being happy with any of this."

"I feel foolish saying it, but it seems like he’s trying to change the leadership of the Justice Department," Luppen replied.

"Barr shouldn’t be his main concern here," Prokupecz replied. "He should be more concerned with the career public corruption prosecutors and the tenacious public corruption FBI team in NY investigating the case."

"I agree, but so far he’s filed a request for Barr’s recusal, orchestrated a media campaign insinuating some dark 'conflict' is keeping SDNY from coming to the table with him, contributed evidence to the impeachment, and openly talked about a downward departure for helping congress," Luppen noted.

"I don’t know what else it adds up to if not basically an open war on Barr and his boss. But again, I feel a bit foolish saying so," he added.

@nycsouthpaw What is the ultimate strategy here? It’s clear from his interview SDNY has no interest in him. He is s… https://t.co/AORqn03wWr
— Shimon Prokupecz (@Shimon Prokupecz) 1579923156.0

@nycsouthpaw Barr shouldn’t be his main concern here. He should be more concerned with the career public corruption… https://t.co/DQVtvCqJ5F
— Shimon Prokupecz (@Shimon Prokupecz) 1579923506.0