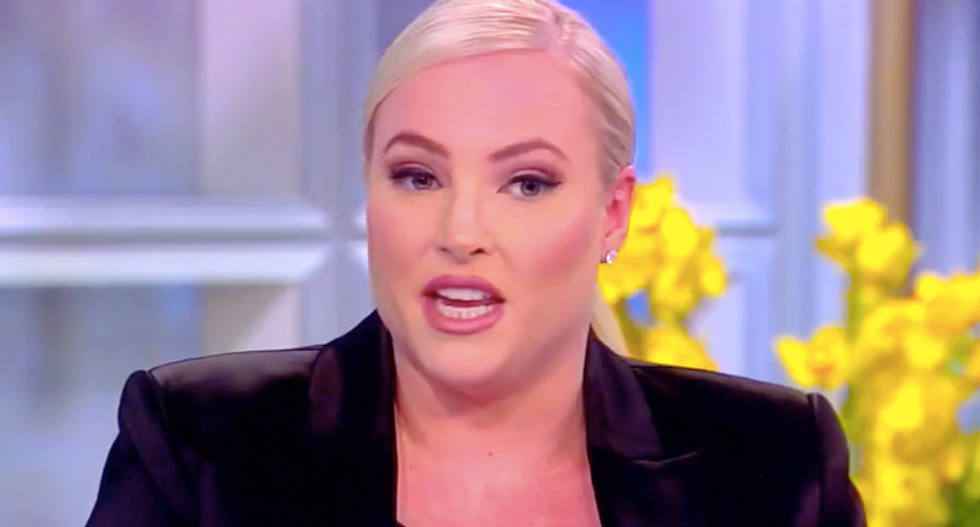 The South Carolina Republican claimed in 1999 that witnesses must testify at the Senate impeachment trial for Bill Clinton, but he's taking the opposite position for the pending trial of President Donald Trump.

Hostin pointed out that the law hadn't changed in the last 20 years.

Co-host Joy Behar pointed out that Graham's poll numbers had risen since hitching his political wagon to Trump's, and McCain offered some personal insight on her late father's friend.

"I talked to him day before yesterday," McCain said. "I will say, when it comes to Lindsey Graham, I think we can talk all day long about consciences in politics. My take on politics is a lot of people sway one way or another. I think his take is, as long as he is influencing Trump in one way or another, he thinks that he can influence for his, you know, for the politics he thinks is best."

"You're right," she continued, "when he was virulently anti-Trump, he was doing very poorly in South Carolina, and now he could probably more than handily win his election, and the idea we'll sit here -- it's easy to sit on a TV set, and say conscience, or whatever."

Hostin said the politics of impeachment should matter less than Graham's constitutional duties.

McCain pressed on over the crowd noise.

"I want to make this very clear in 2020," McCain said. "I'm not here to talk about the ethics of it, I'm here to explain the politics of it, once again."

"I didn't realize that politics and ethics are two different things," Hostin said.

"So Lindsey Graham has no ethics?" Hostin said.

"Well, shame on him because I thought he was sworn to follow the Constitution, and he is not doing that," Hostin said, as the crowd applauded again.

"Again, I know that everyone wants me to come on here and rip his you-know-what open," McCain said. "I can't, I won't. Stop asking me to do it."

"I'm happy to do it," Hostin replied. "He's not following the Constitution."