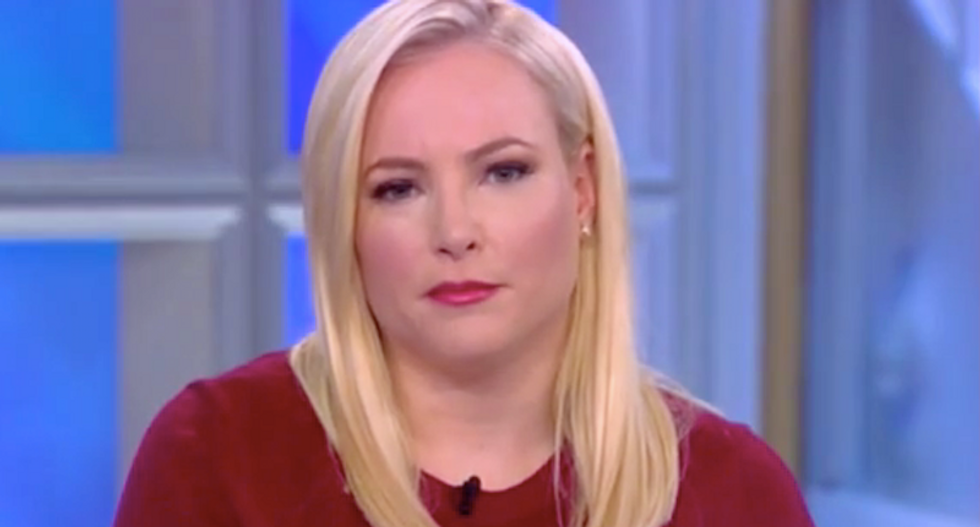 The New York Democrat appeared Tuesday on ABC's "The View," where McCain challenged him to reconcile comments he made in 1999 about Clinton's impeachment trial and his call to hear witness testimony in Trump's trial.

"Nice to see you again, even via satellite, even though Democrats and Republicans aren't supposed to be friends, but, you know, we go back a little," McCain began. "You have criticized the majority leader, Mitch McConnell, after he described himself as not an impartial juror, but during the impeachment trial of Clinton, you made statements on CNN. You said, quote, 'This is not a criminal trial, it's not like a jury box. It's susceptible to the whims of politics, and quite different from a jury.'"

"Do you find that hypocritical?" she added.

Schumer quickly said no, and then laid out the differences between the two trials.

"There are two differences, Meghan," he began. "The first, personally, to me, I'm a historical footnote, because I was in the House in 1998, and so I was on the prosecution, on the voting for impeachment, and then I went over to the Senate. So I'm in sort of a unique position."

"The witnesses that were being called on in trial in '98, as you may remember, had already testified," Schumer continued. "They had given grand jury testimony, everyone had looked at it. The American people knew what they said, so people wanted to bring them back again. The witnesses we are seeking have not been heard from, and they are the people with the greatest knowledge as to whether the president did what is alleged to, what he is alleged to have done, which is influence a foreign power, cut off their aid to get them to affect our election."

Then he explained the seriousness of the articles of impeachment approved against Trump.