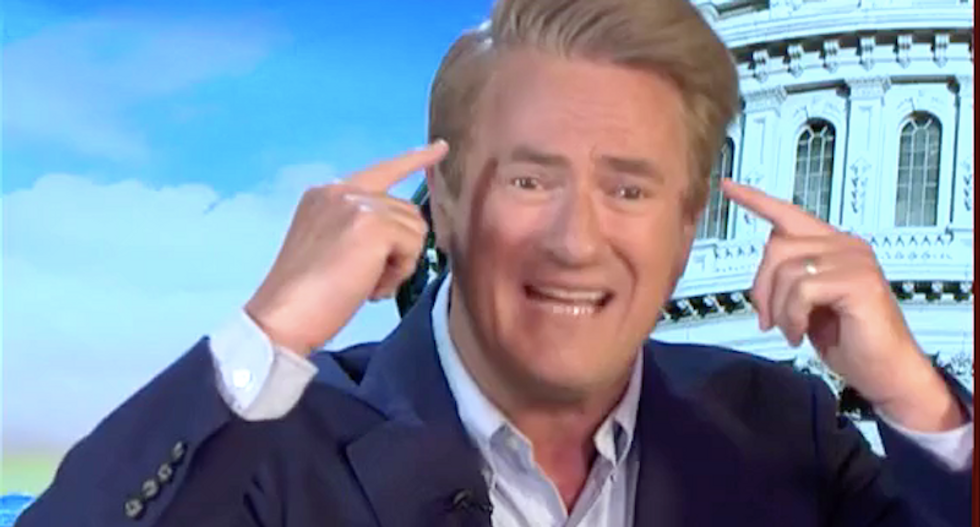 "Morning Joe" host Joe Scarborough didn't get his fill of attacking the impeachment absurdity on his morning show, and took to the pages of the Washington Post editorial section to lament that the president has collected a cadre of clowns to deliver a confounding case against a presidential con.

"This misfit band of lawyers brought with them arguments so stunningly stupefying, logic so fatally flawed and a cynicism so brazenly transparent that one suspects Baghdad Bob was viewing the entire spectacle with grudging respect," wrote Scarborough, who once served in Congress.

The first claim that Scarborough mocked was the idea that Trump's personal lawyer Rudy Giuliani was just a coffee-boy in the Ukraine scandal. Jane Raskin, speaking for Trump's defense, called Giuliani nothing more than a "shiny object designed to distract you." Never mind that Giuliani was sending letters on behalf of the president to foreign leaders. Never mind Trump outright told Ukrainian President Volodymyr Zelensky, “Mr. Giuliani is a highly respected man. He was the mayor of New York City, a great mayor, and I would like him to call you.”

Scarborough then moved to bash Ken Starr's "self-righteous and hypocritical warnings regarding 'the culture of impeachment.'” The hypocrisy should have come with a laugh-track it was so absurd.

"Starr had, after all, once run a four-year investigation into obscure land deals, suicide conspiracy theories and intimate sexual details involving President Bill Clinton," recalled the MSNBC host. "Starr would later claim that Clinton’s abuse of power was the 'capstone' of his impeachment case, but that did not stop the former independent counsel from mournfully warning senators Monday that “'the commission of a crime is by no means sufficient to warrant the removal of our duly elected president.'”

Then came the comic relief of disgraced former Attorney General Pam Bondi, who once took a $25,000 bribe from Trump's charity to drop the Florida investigation into Trump University's fraud. She was there to allege the corruption of former Vice President Joe Biden. Even fiction writers wouldn't dare try a story that boldly. Trump was found guilty and forced to pay a $2 million fine for fraud in his charity. Bondi got away with accepting it.

"But neither Bondi nor Starr can be shamed," Scarborough closed. "The same holds true of the other attorneys on the president’s defense team, who sullied their reputations this week defending a shameless huckster, and whom history will judge harshly as those whose dunce routines continued to enable this dangerously unbalanced man."