Morning Joe warns senators to hear witnesses -- or else: ‘Avalanche of incriminating information’ is coming before election 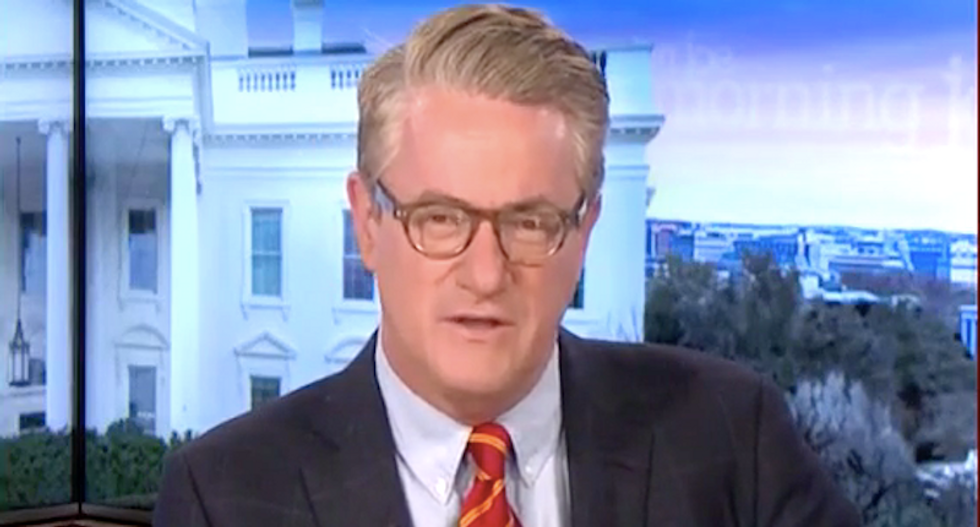 MSNBC's Joe Scarborough warned Republican senators that "an avalanche of incriminating information about Donald Trump" would be revealed in the coming months -- and he urged them to get ahead of the deluge before the impeachment trial ends.

The "Morning Joe" host said they're betting that voters will forget their impeachment coverup by Election Day, but Scarborough said that's a risky gamble.

New reports Wednesday morning show the president tried to kill investigations into a corrupt Turkish bank and possibly into Chinese entities for his own personal financial reasons, and Scarborough said that won't be the end of these damaging stories.

"Why don't we look into the crystal ball," Scarborough said. "How bad does this look for them the last week of the election, when we know so much more then than we know now, and they are the ones who voted to stop Americans from learning the truth about Donald Trump?"

Trump might somehow survive this onslaught of damning evidence, Scarborough said, but he doubted that individual Republican senators could.

"In Trumpworld you never think about tomorrow," he said. "In Trumpworld there never are consequences. In (Martha) McSally world -- oh, she's already seen there are consequences. You lose elections. Cory Gardner, he's seeing that, too. He's getting pounded right now in the polls, he's upside down, his favorability. Joni Ernst blathered a couple days ago on television, said something really stupid, she used her outside voice when she should have kept her thoughts inside and revealed that everything she is doing in this political conspiracy with Donald Trump, where she's parroting every word that Donald Trump wants her to say proves that this whole exercise has been to slander Joe Biden, to attack Joe Biden."

These senators aren't Donald Trump, the host said, and they will face voter wrath in November.

"I just wonder if these senators really have convinced themselves that they can shoot somebody on Fifth Avenue and get away with it," Scarborough said.