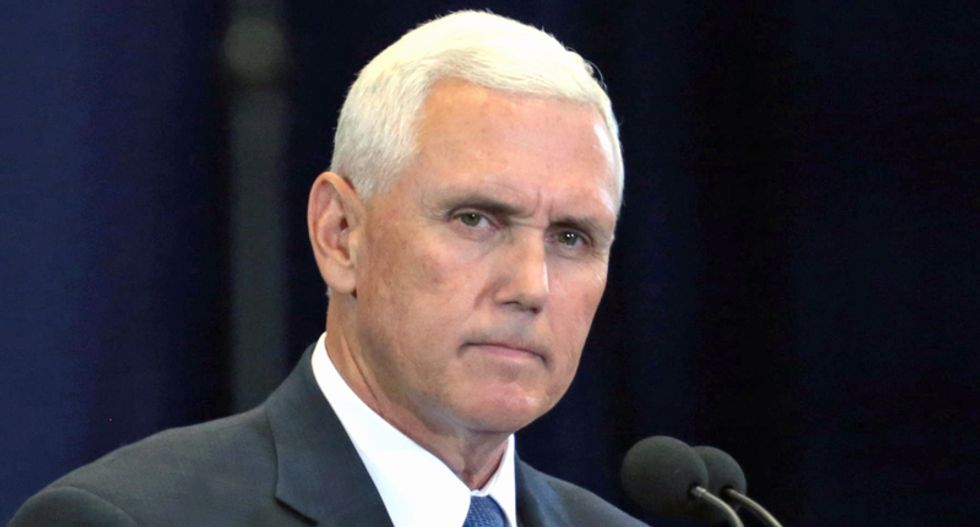 An MSNBC segment on Vice President Mike Pence's tweet trying to pin the blame on the 9/11 attack on Iran, saw Donald Trump's second-in-command get burned to the ground by "First Look" host Ayman Mohyeldin who called it a "low point in American politics."

Speaking with Joy Reid on Saturday morning's "AM Joy," Mohyeldin went on an extended attack on Pence for the tweet that he called demonstrably wrong.

Addressing the killing of Qassem Suleimani on orders from President Donald Trump and Pence's subsequent tweet, host Reid stated, "It alarms me when you start to hear people in this administration try to use 9/11 as a way to drag this country toward what a lot of people associated with Trump want anyway."

"I think, first of all, it is a low point in American politics when you're exploiting 9/11 to achieve a policy objective that is totally manipulated," Mohyeldin began. "And let's be very clear, Mike Pence's tweet is factually wrong. Whether he did that unintentionally, I can't imagine that the vice president sends out a tweet without five or six people around him debating, 'hey, is this a smart decision or not,' and doing it."

After pointing out that the vice president claimed there were 12 hijackers instead of the actual 19, the MSNBC anchor proceeded to rip into Pence.

"Our allies, like the United Arab Emirates, Saudi Arabia, were exploited for 9/11 by the hijackers, so, too, was Iran," he explained. "To come around now and try to say Iran was somehow complicit in 9/11 is the same as saying that the United Arab Emirates government or the Saudi Arabian government are also complicit in 9/11, which this administration has categorically rejected."

"So my issue with the Pence tweet is that it is a deliberate misleading, a misstating of the facts, a possible deliberate lie to lead Americans to believe once again that American military actions in the Middle East are justified," he explained. "It's clearly distressing to think that we haven't learned the lessons of 2003. When politicians stand up and lie to the American public about weapons of mass destruction, lie to us about intelligence, the come out and carry out an attack in a sovereign nation and turn around, say there's an imminent attack, provide no evidence, no intelligence, and expect us all to believe it."