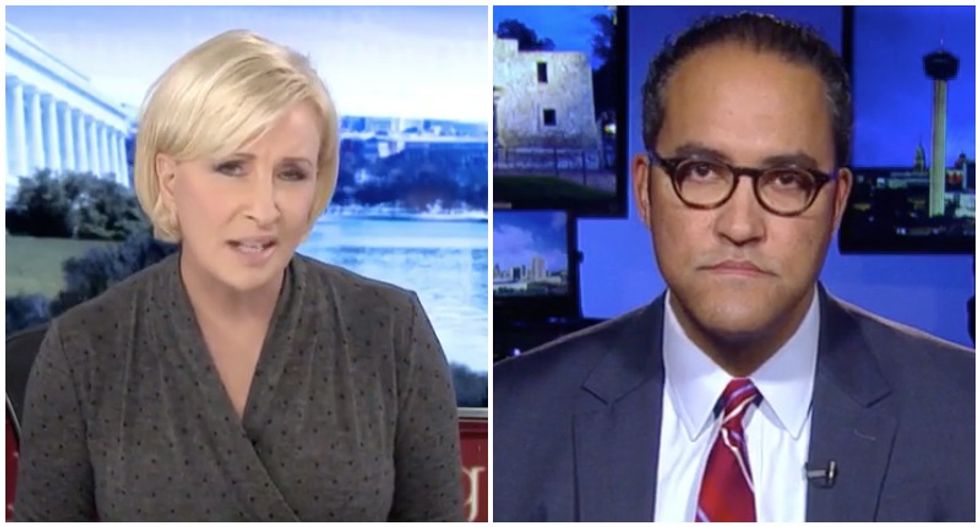 The Texas Republican appeared Monday on "Morning Joe," where he defended President Donald Trump's decision to launch an airstrike to kill the high-ranking Iranian official at the Baghdad airport -- but Brzezinski called on him to justify administration claims.

"Congressman, Secretary of State Mike Pompeo was saying on all the Sunday morning shows that we are safer now that Suleimani is gone," Brzezinski said. "Given the fact that President Trump plans to respond to any response forcefully and has said so in his tweets, and given the fact that Iran has said they will respond. How does that make us safer?"

Hurd said the assassination did not improve national security.

"It doesn't make us any different than where we were before this attack," the congressman said.

But Brzezinski disagreed, saying the situation was already worse.

"Oh, no, it actually is quite different," she said. "We've got Iran ready to respond to their top general being taken out, and the president saying he's going to respond even more forcefully. That is a whole lot different than a week ago today before this happened."

But Hurd argued the president was justified in ordering the airstrike.

"They tried to overrun our embassy," he said, "and what is the response to that? Do nothing? That's what many of my colleagues are suggesting that we do, or appease the Iranian government. We should sit down with the Iranian government after they've taken out civilian maritime shipping? After they've taken out civilian energy infrastructure? After they've killed 1,500 of their own people that were unarmed? After they tried to overrun our embassy, and you're suggesting that we should sit down and negotiate with folks that do this?"

Brzezinski pushed back, saying the targeted killing had been considered -- but rejected -- by previous administrations as too risky.

"Congressman, you're suggesting that that President Trump should have done something that several previous administrations had deemed too contentious, too dangerous to do in response to our ongoing relationship with Iran, which has, of course, been tense as it always has been," Brzezinski said. "You are telling us we are safer today after the killing of Suleimani? Because if you are, I would contend that that's not necessarily true."

Hurd insisted the Iranian government had been killing Americans for many years, and he said Suleimani deserved his fate.

Brzezinski argued that Trump had made Iran more dangerous by withdrawing from the nuclear deal brokered by the Obama administration.

"The events you're describing have happened since Trump ripped up the Iran deal," she said.

"Trump's policy toward Iran has now taken a dramatic turn toward the more dangerous. Iran is preparing to respond. We are not safer. I'm staying on that topic. Are we safer? I would contend we are not."