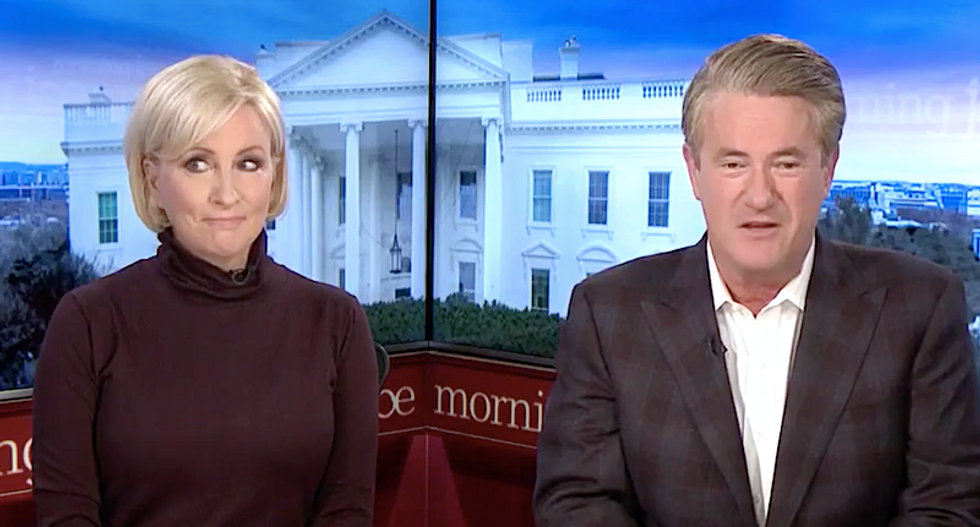 The president boasted from Davos, Switzerland, that his administration was withholding documents from impeachment investigators, and the "Morning Joe" host was astonished.

"You have made the Democrats' point," Scarborough said, laughing. "You have shown why 57 (percent), 58 percent of Americans believe you have obstructed the investigation into your own impeachment, because you just admitted, 'We got it all, and we're keeping it from the investigators.'"

"That would be called obstruction of justice in courts," he added. "That's obstruction of Congress here and obstructing his own impeachment investigation, and he just may not be smart enough to realize that's something he keeps inside his head."

"That was bad," she said. "You know, on Sunday, (Rep.) Adam Schiff suggested the administration was withholding documents. On Wednesday, President Trump said, pretty much, yep."