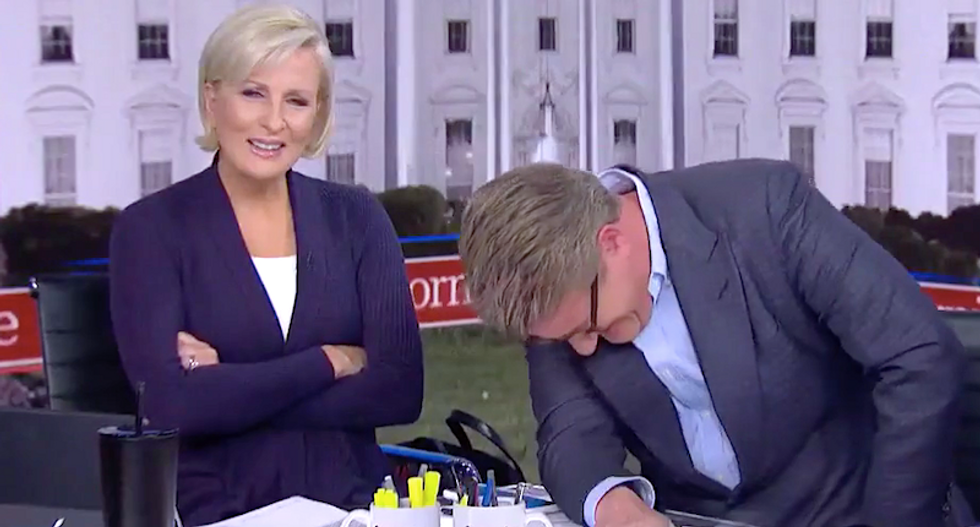 The president furthered his persistent complaints about low-flow toilets with new gripes about shower heads and dishwashers, and the "Morning Joe" host burst into hysterical laughter.

"Oh, my god," he said, taking off his glasses and wiping his eyes.

"Who is running down the street going, oh, my god, I did three cycles and my dishes still have smudge on them?" Scarborough said. "Who says that?"