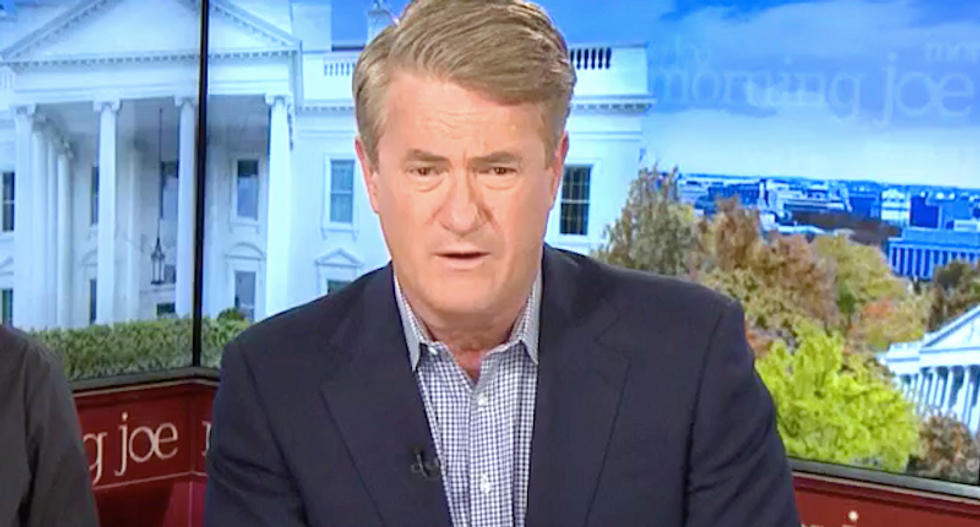 President Donald Trump reportedly stumbled when trying to read the Constitution, and MSNBC's Joe Scarborough noticed the portion he struggled to understand was the section he has claimed gives him unlimited power.

"The Constitution, written so long ago, it's difficult language to read for the first time, but it was clear to the people in that room that Trump was just not familiar with this founding document," Rucker told MSNBC's "Morning Joe." "He stumbled over these words. He performed in a very different manner than the other previous presidents who did this interview. Mike Pence read portions of the Constitution and was fine. Ted Cruz memorized it as a high school debater and performed just fine."

"It was really alarming to people in the blue room of the White House that day, because this was a president six weeks into the job who seemed very unfamiliar with the document he swore an oath to," Rucker added.

Their sources also were alarmed by Trump's reaction to his frustration, Leonnig said.

"Phil and I met with a lot of people who finally broke their silence," she said. "One thing they said over and over again that happened in this room that happened in other scenes was blaming. When the president doesn't get something exactly right or he makes a decision that makes him look bad, he's often jumping to blame someone else."

Scarborough said the episode was disturbing for another reason.

"It's not just that he can't read the Constitution of the United States," Scarborough said. "The important part of this story obviously is he's unfamiliar with it, and how fascinating that a president has trouble reading a part of the Constitution that he constantly twists out of its proper context when he says Article II gives a president unlimited power, 'Article II allows me to do whatever I want to do.'"

"This is not just a gotcha moment about a guy reading a teleprompter," he added. "This is so revealing about how ignorant this man is about the Constitution, as well as history and constitutional norms."