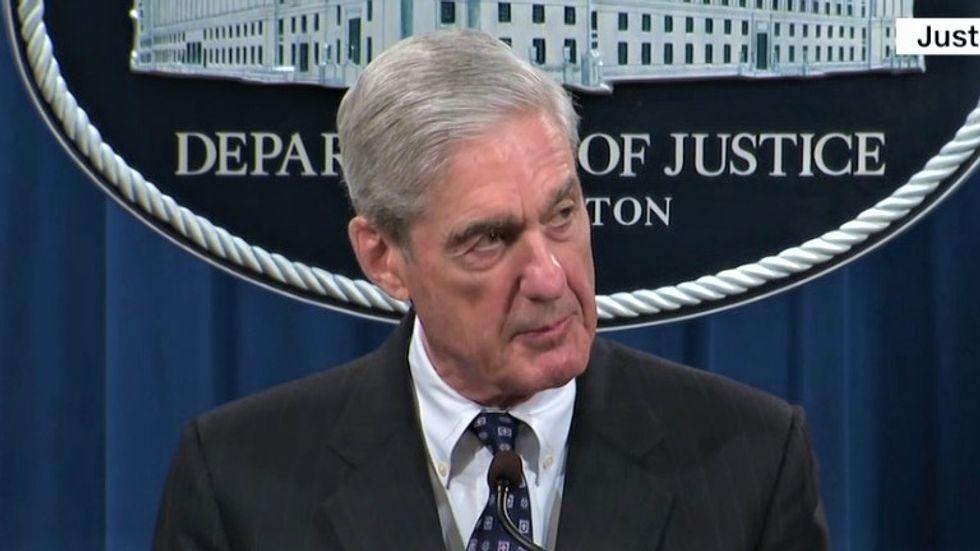 In an MSNBC panel discussion Tuesday, former FBI assistant director for counterintelligence, Frank Figliuzzi, warned that American law has not kept up with technology. As a result, the laws and regulations on international hacking are ambiguous. The recent act by Russia to hack the Ukrainian oil and gas company Burisma to search for dirt on former Vice President Joe Biden is exactly what former special counsel Robert Mueller cautioned would happen in 2020.

"We have been told, including by Bob Mueller, that Russians were doing this in an ongoing fashion," said Figliuzzi. "This is the new battlefield. This is the new normal. We're going to see this go on and on and on. And it may be Joe Biden that this is about right now, but every candidate should hunker down and get ready for foreign influence, hacking and propaganda."

Former FBI special agent Clint Watts explained that the way the American government protects against cyber-espionage is really only isolated to .gov and .mil sites and accounts. They don't have the bandwidth to protect every .com in the United States. So, companies like CrowdStrike, which President Donald Trump has accused of some type of conspiracy, is a private company that helps corporations, banks or law firms protect their networks.

Figliuzzi went on to say that it's clear the Russians don't care about intruding in the American election because no one will stop them.

"The similarity that you're describing is what's so brazen about this," he said. "Russians made no effort to try something different. This is a message to us that, look, we don't fear any reprisal. No one's going to push back on us, so why should we bother masking our identity? We could pretend to be Iranians; they've done that before. We could pretend to be North Korean. We could pretend to be the 400-pound guy in his bed but no, we're going to leave a trail of bread crumbs that you've seen before. It leads right to us. Now do something about it. That's the challenge we're facing with Russia."

Host Katy Tur went on to ask Watts what the security apparatus can do when the president of the United States goes so far as to put out misinformation and propaganda to help his campaign.

Watts explained that's why Trump was asked what he would do if compromising material was given to him by a foreign government again. Reporters asked Trump if he would hand it over to the FBI, and he said "no," and he would willingly collude with the foreign power again. Watts said that when foreign governments see Trump's comments, then they are more willing to intrude on the election more openly now.