Parnas tied Giuliani and Trump to a criminal conspiracy 'more directly than anyone else has': op-ed 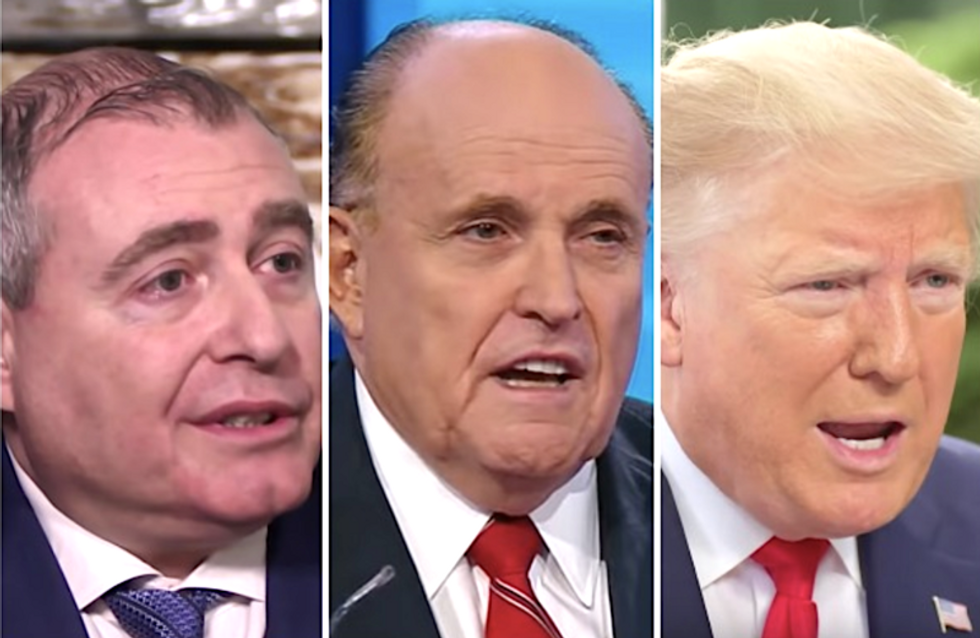 In his column for the Washington Post this Thursday, Greg Sargent writes that out of the many bombshells that emerged from Rachel Maddow's interview with Lev Parnas this Wednesday night, the biggest one was where Parnas accuses Rudy Giuliani and his "client" of being part of a "criminal conspiracy."

"That 'client,' of course, is President Trump," Sargent writes.

"The exchange in question concerns Trump’s freezing of military aid to Ukraine to pressure Ukrainian President Volodymyr Zelensky to carry out Trump’s dirty political deeds," Sargent continues. "Parnas ties Giuliani more directly to this act than anyone else has, and shares what appears to be new information about it, though this still needs to be confirmed."

Sargent then cites an exchange in the interview where Maddow asks Parnas if he met with Sergey Shaffer, a senior aide to Ukrainian president Volodymyr Zelensky. According to Parnas, "Giuliani directly told him to convey the message to Ukraine that the military aid was contingent on announcing the investigations Trump wanted — after talking to Trump about it."

Sargent makes sure to point out that Parnas is a "slippery character" who could be lying -- an accusation Giuliani has already made without offering a specific rebuttal.

"But here’s the thing," Sargent adds. "We already know for a fact that this message — that Trump made the military aid conditional on announcing investigations that would smear Biden and absolve Russia of 2016 electoral sabotage — actually was delivered to Ukraine, by one of Trump’s top henchmen."