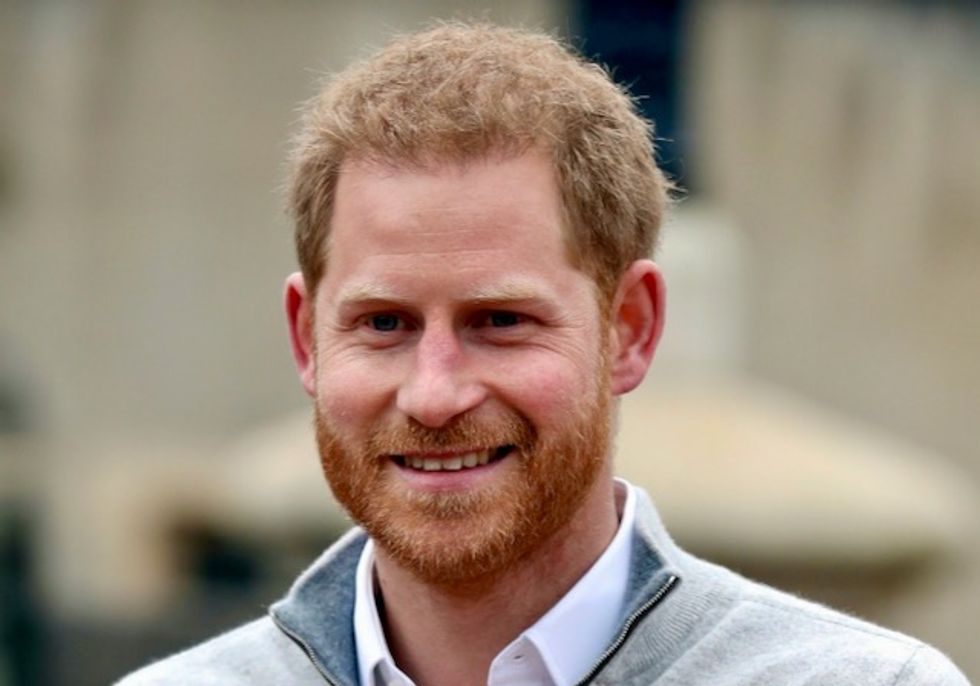 Britain's Prince Harry was to make his first public appearance on Thursday since he and his wife Meghan's bombshell decision to quit as full-time royals.

The Duke of Sussex was to host the 2021 Rugby League World Cup draw at Buckingham Palace -- with all eyes on whether he will address the still-unresolved royal crisis.

Harry, 35, is patron of the Rugby Football League, the sport's governing body in England, and his participation in the draw was planned long before last week's shock announcement.

The couple want to step back as senior royals, split their time between Britain and Canada, become financially independent from official royal funding and pull out of the palace's media arrangements.

Harry was summoned to a hastily-arranged family meeting on Monday with his grandmother, father Prince Charles and brother Prince William to thrash out a way forward.

The final outcome is set to be determined in the coming days.

Harry will now face the tricky decision of whether to say anything about the rolling storm as he hosts the draw from 1200 GMT.

Harry, who is sixth in line to the throne, might attempt a business-as-usual approach. On Wednesday, he announced in a video message that the sixth Invictus Games for wounded military veterans will be held in Dusseldorf in Germany in 2022.

He made no mention of the crisis or his future plans.

"They (Dusseldorf) will be exemplary hosts in picking up the mantle and showcasing what sport continues to do for these inspirational men and women in their recovery," he said.

Harry, who spent 10 years in the British army, serving two tours of duty in Afghanistan, founded the Paralympics-style event in 2014. It is considered as one of his major achievements.

Harry and Meghan spent six weeks over Christmas on Vancouver Island on Canada's Pacific west coast and the duchess has returned after briefly coming back to Britain.

One was the Downtown Eastside Women's Centre, a non-profit organisation that provides support to women who are fleeing violence, dealing with homelessness or living in poverty.

"She was very interested in what goes on for women in this community, who we all know are marginalised," said Kate Gibson, the centre's acting executive director.

AFP / Don MacKinnon Meghan visited the Downtown Eastside Women's Centre, a non-profit organisation that provides support to women who are fleeing violence, dealing with homelessness or living in poverty

The second, Justice for Girls, also said Meghan had stopped by, tweeting photos on Wednesday.

She discussed "climate justice for girls and the rights of Indigenous peoples", said the group, which helps teenage girls who live in poverty.

Queen Elizabeth, 93, is Canada's head of state and Harry is therefore sixth in line to the Canadian throne.

Despite Canadians' affection for the royal couple, who married at Windsor Castle in May 2018, a large majority (73 percent) do not wish to foot security or other costs for their relocation, according to an Angus Reid Institute survey.

Besides the ructions in the royal family, Meghan could face yet more upheaval with her own family -- potentially facing her own estranged father Thomas Markle in court.

He showed The Mail on Sunday an August 2018 handwritten letter to him from his daughter, which the weekly tabloid published in February last year.

Meghan filed a claim in October against publishers Associated Newspapers over the alleged misuse of private information, infringement of copyright and breach of the Data Protection Act 2018.

The weekly newspaper has now issued its defence, raising the possibility that Meghan and her father could be called to testify against each another in England's High Court.

The front page of the Daily Mail -- The Mail on Sunday's sister paper -- said Wednesday that Thomas Markle was prepared to give evidence.

Meanwhile, William, 37, visited one of Britain's most diverse cities -- Bradford in northern England -- with his wife Kate on Wednesday, as they returned to business as usual since Monday's summit at Queen Elizabeth's Sandringham country residence.

Among their engagements was a visit to a South Asian restaurant and a meeting with former world champion boxer Amir Khan, with whom they discussed mental health in sport.

Both William and Harry have worked together on tackling mental health issues.