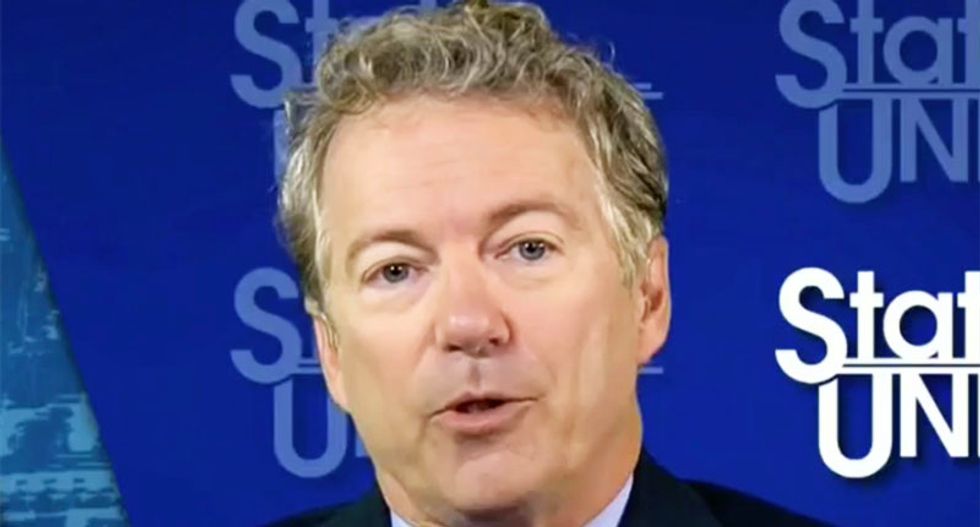 Aside from the culture of unwavering support for President Trump in the face of his impending Senate impeachment trial, there's a handful of Republicans who've voiced support for allowing witnesses to testify against Trump. But according to POLITICO, Sen. Rand Paul (R-KY) is making sure to keep any rogue Republicans in line.

"Paul is waging a fierce campaign to prevent the Senate from hearing witnesses in Donald Trump’s impeachment trial, vowing to force tough votes on his fellow Republicans if they break with the president or back Democrats' demands for new evidence…Paul says if four or more of his GOP colleagues join with Democrats to entertain new witness testimony, he will make the Senate vote on subpoenaing the president’s preferred witnesses, including Hunter Biden and the whistleblower who revealed the Ukraine scandal—polarizing picks who moderate Republicans aren’t eager to call. So he has a simple message for his party: end the trial before witnesses are called," POLITICO's Burgess Everett reports.

Writing for Vanity Fair this Thursday, Bess Levin says that Paul's newfound Trump radicalism is a sign he's adopting the Trump administration’s "mafia approach to doing business" while sending a message to his GOP colleagues that there will be "severe consequences" for any kind of anti-Trump "subordination."

Read more over at Vanity Fair.