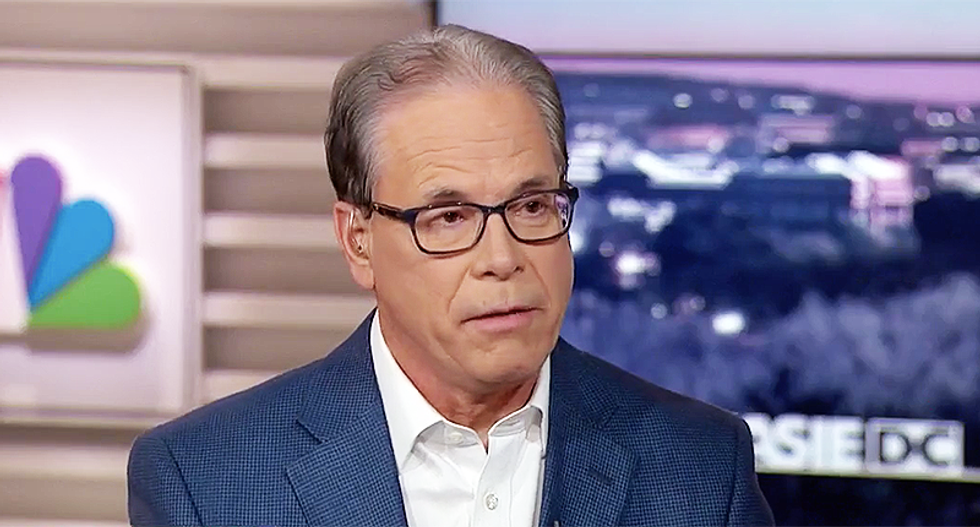 "Well, didn't know that until a little bit ago," Braun told MSNBC's Kasie Hunt. "I think that's a discussion we'll have have to contend with and it'll be here in a couple of days. When it comes to additional information, I think for many of us -- and I need to cite this because where I'm from, as much as president infuriates maybe half the country, it would be the opposite. And it is a tricky combination like I told Chuck Todd this morning, between using your conscience and having to decide what the people in your state are wanting."

He went on to say that the senators are more interested in looking at the whistleblower report and how it first surfaced than the days of facts that the House managers outlined. When Rep. Adam Schiff (D-CA) gave his final speech, he explained that if the senators returned to the whistleblower report, they would see that it all has been confirmed by the investigation.

"People are still riled up that they were after him from the get-go," Braun said. It's an ironic excuse, given Senate Majority Leader Mitch McConnell (R-KY) proclaimed his greatest goal was to make former President Barack Obama a one-term president.

Braun also said senators care more about the fact that there is about to be an election where people can decide whether they want to remove Trump through an election. It's this election that the Democrats have explained is being hacked by Trump again with a propaganda campaign about Ukraine being responsible for the 2016 election hack and a case of corruption involving potential opponent Joe Biden.

"Do you not have a higher responsibility?" Hunt asked, describing the Senate as the piece of government that is supposed to be the saucer that holds the cup of the masses.

He brushed it off, saying that more senators are concerned about the way Trump was painted by Democrats.

"The part that lost many Republicans is when you're saying things like tyrant, monarch, boisterous, carnival barker," Braun said. "Schiff's comments about bringing up -- and none of us heard that in terms of if you buck the president, you'd have your head on a pike. That's the kind of stuff that most people look at, and, sadly, that kind of controls the dynamic."

It's unclear why Braun is continuing to deny the CBS News report that quoted a Trump confidant, or why he's trying to twist Schiff's words to say that Trump was saying that to senators. In fact, the report was a Trump ally who said if senators crossed Trump, their heads would be on a pike. Senators denied it was true, and began to flip out about the comments, using it as an excuse for why they refused to believe the entire case presented to them.

Braun has already agreed that Trump is guilty, he just won't vote to convict.