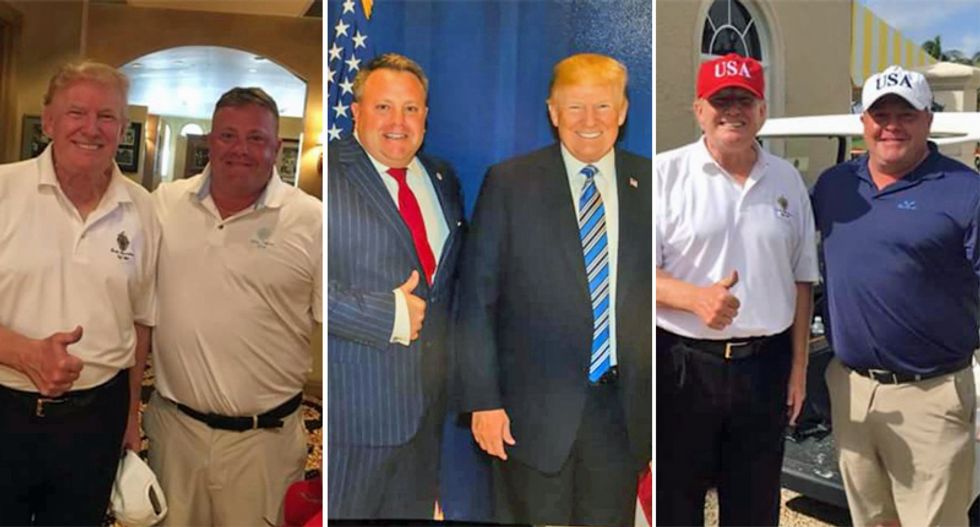 One day after being caught up in President Donald Trump's impeachment, the Connecticut Republican Party is asking Robert Hyde to end his congressional bid.

Hyde's text messages were turned over to House investigators by Lev Parnas, which included shocking tales of surveilling the U.S. ambassador to Ukraine.

The chairman of the Connecticut Republican Party said it is time for Hyde to go.

“I have asked Rob Hyde to end his bid for Congress. His campaign is a distraction for the Democrats to raise money and falsely label all Republicans with his antics. In my view he is not helping other Republican candidates or Donald Trump win," J.R. Romano posted to Twitter.

Even before the recent scandals, there were calls for Hyde to end his congressional bid.

In December, after Hyde posted a misogynistic insult against Sen. Kamala Harris (D-CA), the Hartford Courant wrote an editorial headlined, "Robert F. Hyde, get out of the race. The Republican party deserves better."

At the time, Romano acknowledged that the comments were "vile," but did not ask him to leave the race.