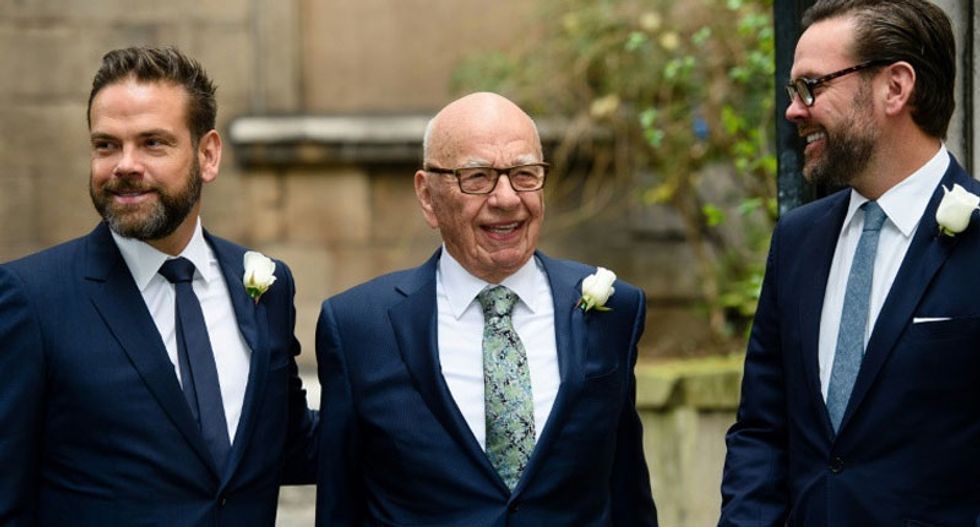 Columnists and broadcasters from News Corp Australia -- which dominates the country's media -- have questioned climate change's role in the fires and downplayed the devastation, and James Murdoch and his wife Kathryn condemned the family business, reported The Daily Beast.

“Kathryn and James’ views on climate are well established and their frustration with some of the News Corp and Fox coverage of the topic is also well known,” said a spokesperson for the couple. “They are particularly disappointed with the ongoing denial among the news outlets in Australia given obvious evidence to the contrary.”

James Murdoch is CEO of the investment firm Lupa Systems but sits on the board of News Corp, which publishes more than 140 newspapers in Australia, and his brother Lachlan runs the Fox News Channel in the U.S.

“They are pissing inside the tent and that’s unusual," said a longtime News Corp executive. "It’s evidence of how high tensions are within the family over climate change. The majority of people who work here agree with James. We are hoping this may be the tipping point."