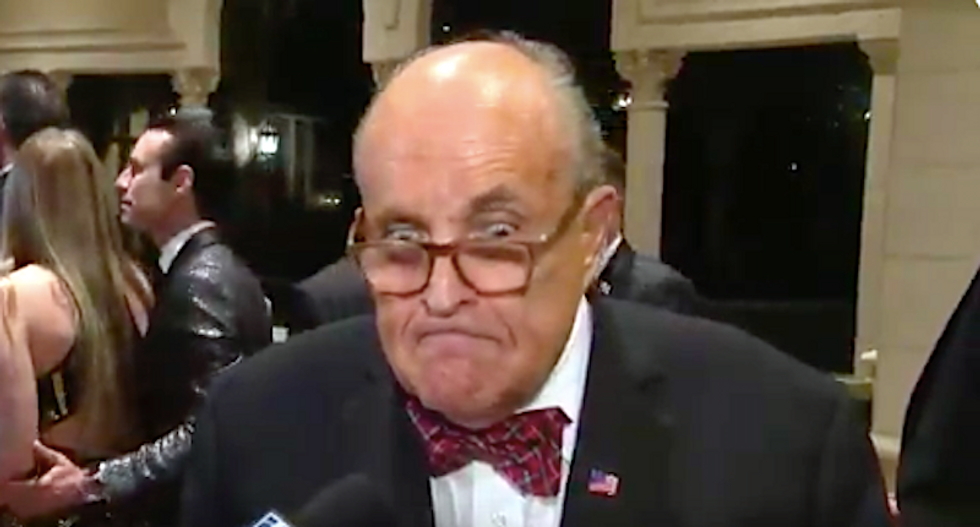 On Thursday, during the third day of the impeachment trial, Rep. Zoe Lofgren (D-CA) walked senators through the timeline of actions carried out by President Donald Trump's lawyer Rudy Giuliani.

"We've walked through some of the timeline of the actions and statements about Ukraine, but let's just line them up briefly because it makes the story so clear," said Lofgren. "April 2019. Vice President Biden officially announced his campaign for the Democratic Party's presidential nomination. And a reminder, at the time of Biden's announcement and for months after, public polling, including from Fox News, showed that Biden would beat President Trump. The Fox News polling data is up on the chart."

"Right after [Vice] President Biden announced his candidacy, and while Biden was beating President Trump in the polls, Mr. Giuliani said in a public interview with The New York Times he was traveling to Ukraine to pursue investigations," continued Lofgren. "He wanted to make sure that, quote, 'Biden will not get to Election Day without being investigated.' The scheme was all about President Trump's re-election. This continued in June. Mr. Giuliani tweeted on June 21 and urged President Zelensky to pursue the investigation. The scheme continues even now. Mr. Giuliani has tweeted about Joe Biden over 65 times since September. And President Trump told you himself he admitted on October 2, quote, 'We have been investigating on a personal basis, through Rudy and others, corruption in the 2016 election.'"

"Again to review, President Trump used his personal agent for Ukraine," added Lofgren. "He's made this clear to U.S. officials, and to the Ukrainians. The evidence shows President Trump and Rudy Giuliani were in constant contact during this period. President Trump directed him to pursue investigations. He told U.S. officials to work with Rudy. He told Ukrainians to work with Rudy. Rudy and his associates pressed Ukraine for investigations into the president's political rival. Giuliani said, quote, 'Biden will not get to Election Day without this being investigated.'"