‘So we don’t have to fight Russia over here’: Adam Schiff delivers powerful statement to senators in Trump impeachment trial 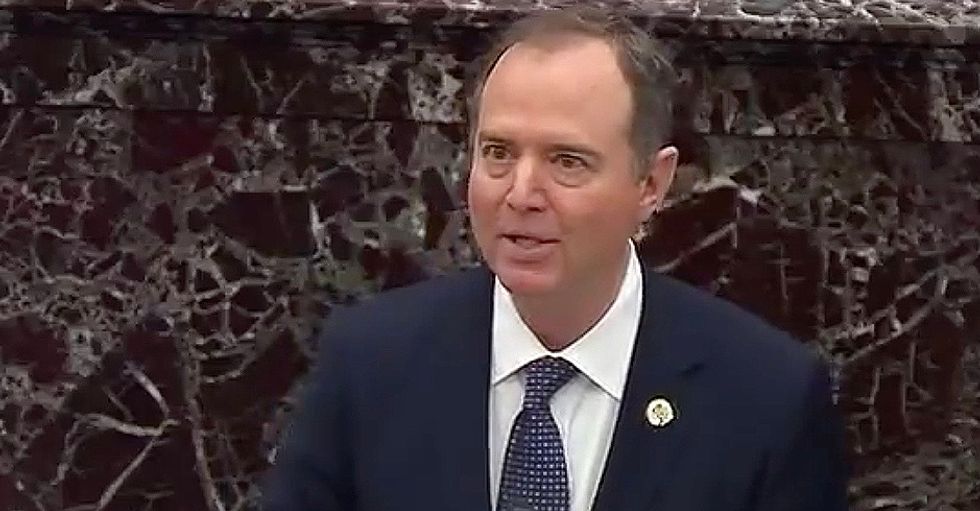 House Intelligence Chair and Lead impeachment manager Adam Schiff delivered powerful remarks to the U.S. Senate on Wednesday, summing up why what President Donald Trump did – extorting Ukraine – was so damaging to both Ukraine and the U.S.

Schiff reminded the Senators who will decide the fate of the nation’s chief executive that 15,000 Ukrainians have already died fighting Russia. That was after Vladimir Putin illegally annexed Crimea.

And he reminded the Senators that President Trump withheld nearly $400 million in congressionally-approved military aid to Ukraine, despite the nation’s fight against Russia.

That military aid helps “to protect and advance American national security interests in the region and beyond.

Quoting a House impeachment inquiry witness, Schiff said: “The United States aids Ukraine and her people so that we can fight Russia over there so we don’t have to fight Russia here.”