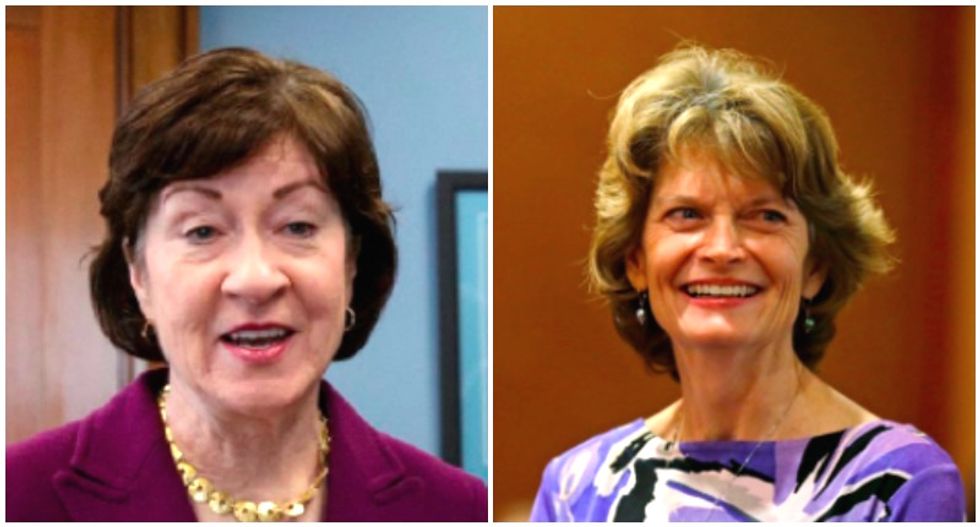 Speaking to MSNBC's Brian Williams on Saturday, former Sen. Claire McCaskill (D-MO) had no patience for the GOP senators, including the so-called "moderates" Susan Collins (R-ME) and Lisa Murkowski (R-AK), complaining about the closing comments by Rep. Adam Schiff (D-CA) quoting an anonymous source to CBS News saying President Donald Trump and threatened senators would have their "head on a pike" if they voted to convict.

"Several Republican senators took umbrage," said Williams. "Collins is said to have reacted verbally in the chamber. Murkowski was hurt afterwards. Can they really pin a vote on injured feelings?"

"Come on, guys," said McCaskill. "You know, listen, for anybody in the Republican Party to complain about overreach with President Trump in the White House, really? It just doesn't — it — you know, as we say in the Ozarks, that dog doesn't hunt. Here's the reality. This president goes after you if you oppose him. That's clear. I mean, ask Jeff Flake. Let's call Bob Corker. How about Mark Sanford? How about Jeff Sessions?"

"Does anybody believe that somebody in the White House might have said to someone, 'Boy, they're really in trouble if they waiver on this president?'" continued McCaskill. "Maybe they used that phrase, it is an aggressive phrase, I get that, but this is a president who takes prisoners. This is a president who goes after his opponents. He believes in attack. That's what he believes in. They all know that. They all know that as they sit there, if they go against him — why do you think they're so worried about going against him on the basic question of witness and documents? Because they know he will go after them. So Schiff stating the reality in vivid terms, maybe he shouldn't have, but come on."