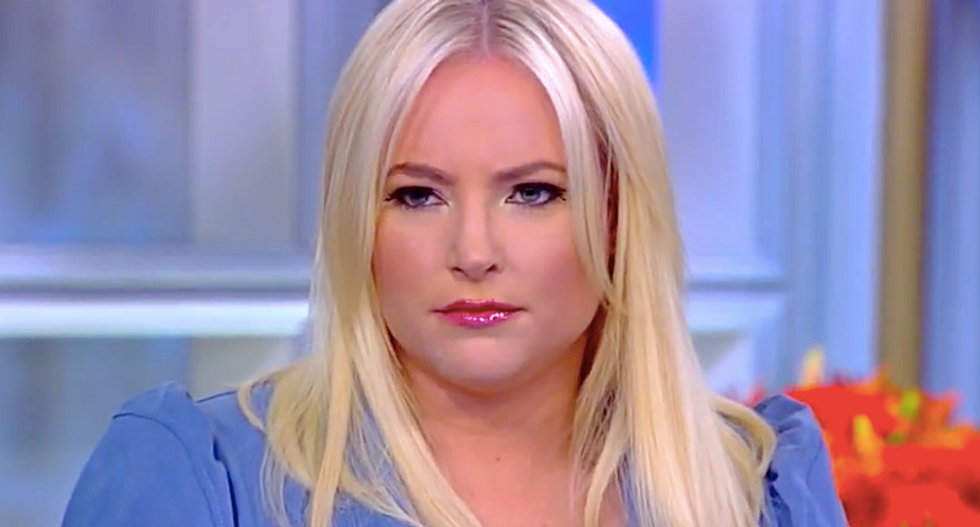 Meghan McCain's colleagues on "The View" are reportedly fed up with her "rude" behavior and have stopped talking to her backstage.

The outspoken conservative has clashed on air with all of her fellow panelists, but the situation has gotten to the point where fellow conservative and long-standing friend Abby Huntsman has grown tired of her antics, reported Page Six.

“They aren’t speaking to each other," an insider told the tabloid. "It’s been about a month. None of the ladies talk to Meghan now. Abby was the last woman standing. It’s bad. Meghan’s so rude.”

Another source agreed, saying the pair -- who each have a famous political father -- have grown apart.

“Abby tolerates Meghan, but she doesn’t genuinely like her," the second source said. "Their friendship has soured.”

Host Whoopi Goldberg erupted on air last month and asked McCain to stop talking, although she later insisted they got along just fine.

But sources told Page Six that show insiders see McCain as "very self-important," and “rude and dismissive” to show's guests and her co-hosts.

Some viewers have noticed and set up a petition asking for McCain to be replaced on the daily talk show, but a "View" representative defended her.

“We have an incredible panel of smart, dynamic women," the representative said, "including Meghan, who brings … passion and a strong point of view to the table every day.”