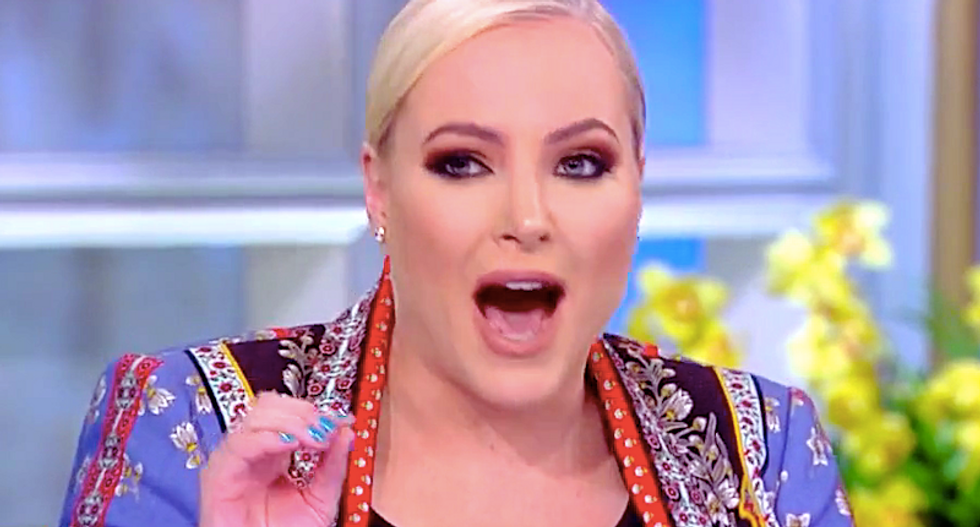 "The View" co-host Meghan McCain used part of a Pete Buttigieg quote to justify her disinterest in impeachment -- but her co-host busted her for deceptively cutting off the Democratic candidate's remarks.

The conservative McCain declined to offer her opinion on Alan Dershowitz's argument at the Senate trial that President Donald Trump had done nothing wrong in asking for foreign election assistance, because he believed his election was in the public interest.

Then she changed the subject to Buttigieg, who told a New Hampshire crowd last week that he was "exhausted" by impeachment coverage.

"I've been feeling really guilty by how bored I am by impeachment hearings," McCain said. "Mayor Pete came to save me."

The show's producers rolled video of Buttigieg speaking during a campaign stop.

"If you are watching the news right now, if you're watching what I'm watching right now, and feeling exhausted — I know I am," Buttigieg said. "I live and breathe politics, and I feel exhausted. It just gets you down, it makes you want to watch cartoons instead."

McCain called the candidate's remarks "brave and candid," saying she could only stomach an hour or so before changing the channel, but co-host Sunny Hostin called her out for cutting the clip short.

"There's a lot of judgment in that," McCain complained. "I'm sorry I'm turning it off, I'm getting the clips, I prep, I'm, like, watching it. I'm sorry, you're asking the American public to watch, like, eight hours during the day. I don't know who can do this, like, people that have children, people who have jobs. I feel like there's a lot of judgment about people towards me, like me, that are like, I can only take this amount. I will prep, I will read, I will do whatever -- but I can't spend my entire day watching because, frankly, my opinion is already baked in the cake, as is yours."