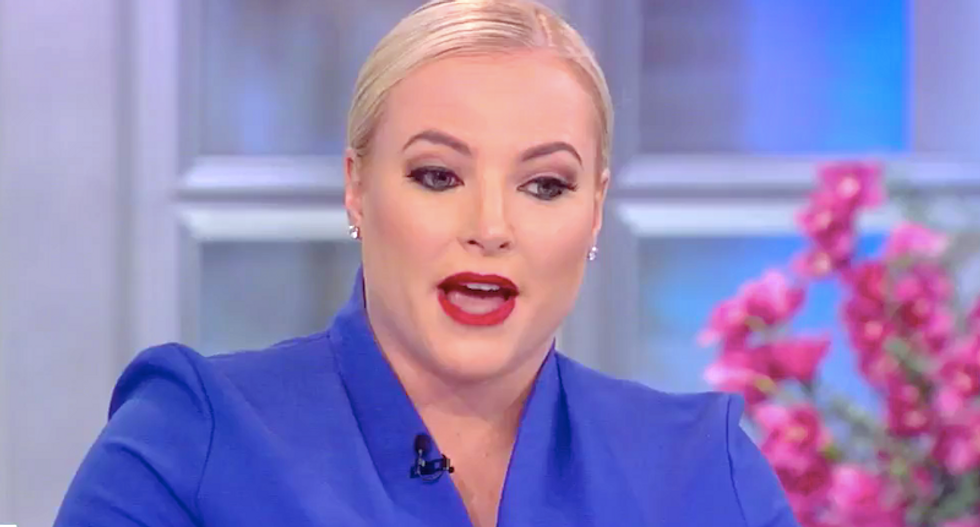 "The View" co-host Meghan McCain sparked a firestorm on Wednesday by denouncing "identity politics" after Sen. Elizabeth Warren vowed to fill half her Cabinet with women, if elected president.

McCain predicted that Warren's campaign promise would ultimately hurt her, and then complained that her own conservative views wouldn't be represented in the Democratic candidate's proposed administration.

"The politics of it is clearly a hit at Bernie (Sanders)," McCain said. "'I'm going to fill my Cabinet with women -- women, women, women, women, women lane. Again, it didn't work for Hillary Clinton, I don't think it will work for her. I agree with what both of you are saying about policy is what ultimately going to get them over the line and I think -- I know you guys hate when I say this, but I really don't like identity politics."

"I do," she said. "I don't call it identity politics. I think it's being a human being. I think we all have identities by which we, you know, we ascribe to. You ask me to describe who I am, I'm a woman, I am black, I'm Latina, I'm a mom."

Goldberg and Hostin argued a bit over the role of race in gender in political decisions, and then McCain jumped in to complain that her views as a conservative woman would be unfairly excluded from Warren's hypothetical administration.

"Like, as a conservative woman, most women think of strong women in politics being liberal, being pro-choice, nothing to do with any of the politics I have," McCain said, "and I think that there is an idea that in order to be successful woman in politics means you're a Democrat or you're liberal. With Elizabeth Warren, okay, you're going to fill a Cabinet full of women, none of those women will represent my beliefs and my ideals. I want the best qualified person for any job, in any place, at any time, and I don't think it's me being reductive, but I think it's what ended up hurting Hillary Clinton in the general election."

"I don't think Elizabeth Warren, I didn't think she was stupid enough to repeat those mistakes, but maybe she is," she added.