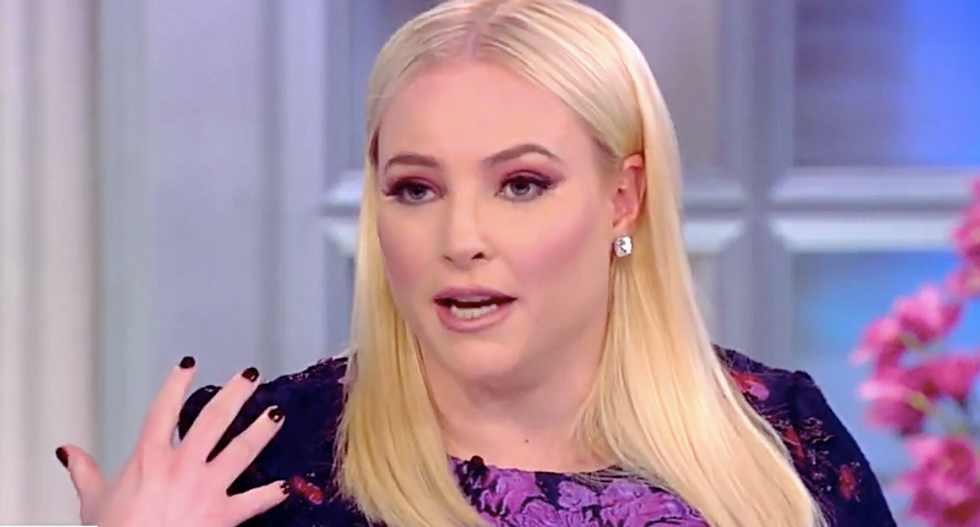 "The View" co-host Meghan McCain was unpersuaded by impeachment evidence laid out by Rep. Adam Schiff (D-CA) in his opening statement before the Senate trial.

The conservative panelist wrote off the case made by Schiff because she couldn't ignore the political considerations in the process, and then blew up when other co-hosts tried to persuade her of the allegations' importance.

"As usual, I always feel like I live on a different planet than everyone that works on this show," McCain began, "because when I saw Adam Schiff I actually thought that he seemed very performative, and that he's clearly trying to take over for (Sen.) Dianne Feinstein. She's the oldest member of the Senate."

McCain doubted the case that Schiff presented would change anyone's mind, inside or outside the Senate.

"At the end of his speech Cory Booker, Joe Manchin, Tim Scott and Ben Sasse were all walking around in the chamber because they were bored or wanted to leave," she said, "and I think there's just a huge disconnect in the way liberals view this and the way conservatives view this. This isn't making a big impact on me one way or the other, and I always do this metaphor wrong -- the cast is die or the die is cast? -- and I don't think this is going to make that much difference. I think if you're a liberal you think what you guys think, and if you're a conservative like me you think it's performance art."

In fact, McCain said she was pushed in the opposite direction because Schiff tied the impeachment evidence to November's election -- when he may face Joe Biden, who was the target of Trump's efforts against Ukraine.

"Can I show a clip though which is one of the things that swayed me in the opposite direction," she said. "We have it."

Schiff told senators that Trump's misconduct cannot be decided at the ballot box because the Ukraine scheme was ultimately intended to corrupt the 2020 election, and McCain compared those comments to Trump's baseless campaign claims about the fairness of the 2016 election.

"I always hated it when President Trump said (he) won't concede because we don't know if it will be a fair election," McCain said. "You have Adam Schiff using this process, which I don't think should have anything to do with this current election, saying that if the president's misconduct can't be decided we can't be assured that the vote will be fairly won."

"Why are you even bringing this election into an investigation where you're talking about a phone call that happened?" she added. "The election right now has nothing to do with it. I didn't like it when Trump did it or when he does it now, the idea that there are fake elections happening or it has something to do with this process."

McCain then complained she was the only conservative in New York City, and co-host Sunny Hostin explained that Schiff questioned the integrity of the election because Trump was on trial for seeking foreign interference in it.

"But he said we cannot be assured that the vote will be fairly won at the ballot box," McCain said, unpersuaded. "The ballot box is fairly won."

Co-host Joy Behar reminded McCain that Russia had interfered in the 2016 election, and McCain played victim.

"You can't take the anger of this out on me that I'm not swayed by Adam Schiff," McCain said.