'There is no strategy!’ Analyst unloads on Trump for igniting Iran crisis -- then demanding credit for solving it 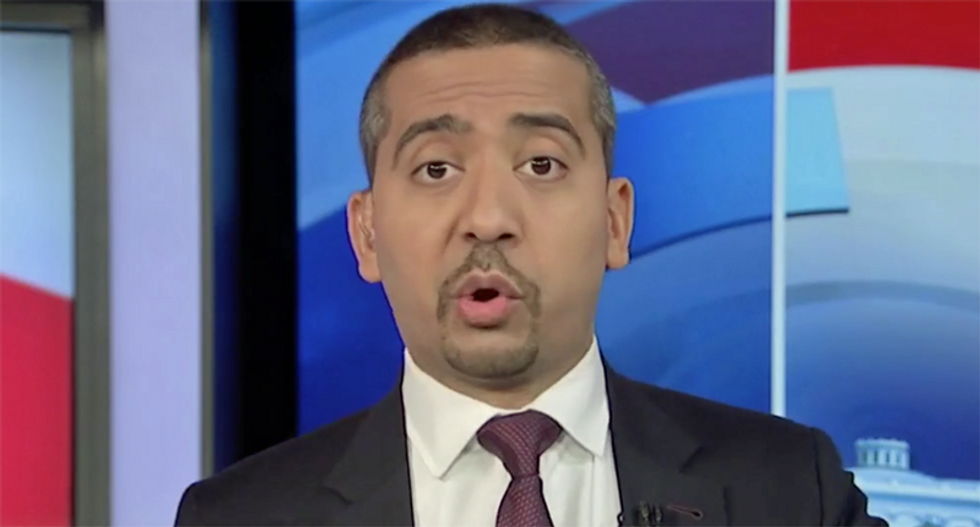 President Donald Trump has absolutely no strategy in the Middle East, an analyst explained on MSNBC. The point was important enough for him to say three times.

"Today, President Trump announced new economic sanctions on Iran but no further military actions, saying, 'the U.S. is ready to embrace peace.' The trouble is, this president often says one thing and then does another," Tur noted.

"This is far from over," Hasan said. "This mini-crisis of this week might be over, but the broader struggle isn't over."

"We also have to be careful of not falling into the trap Donald Trump sets for us, where he creates an unnecessary and dangerous crisis then steps back from the edge and expects us to give him credit for that, see him as a problem solver when he started the problem in the first place," he explained. "I see no redeeming leadership qualities in a commander-in-chief who wants to be both arsonist and firefighter at the same time."

"He hasn't stayed on a straight course with his strategy or planning," Tur said. "It seems to be about his personal whims -- or whoever has his ear that day."

"I think you're spot on," Hasan replied. "It is exactly about personal whims, personal prejudices, who has his ear."

He said it was important for journalists to be honest about the situation.

"He couldn't find Iran on a map if his life depended upon it," he added.