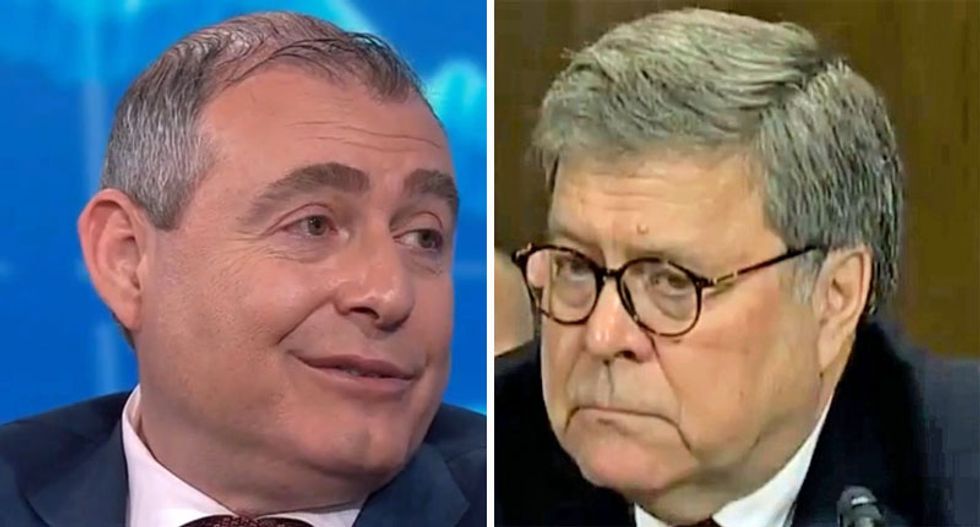 Maddow was out to attend a funeral, so MSNBC chief legal correspondent Ari Melber interviewed Parnas and his attorney, Joseph Bondy.

"I can't wait until more of the book comes out, about what Bolton spoke to Barr about," Parnas told Melber.

"Because Barr knew exactly what Giuliani and we were doing there," he said.

"You think there's more to come that will prove that about Bill Barr?" Melber asked.

"I think there's a treasure trove," he predicted.

"I think the truth will come out," he added.