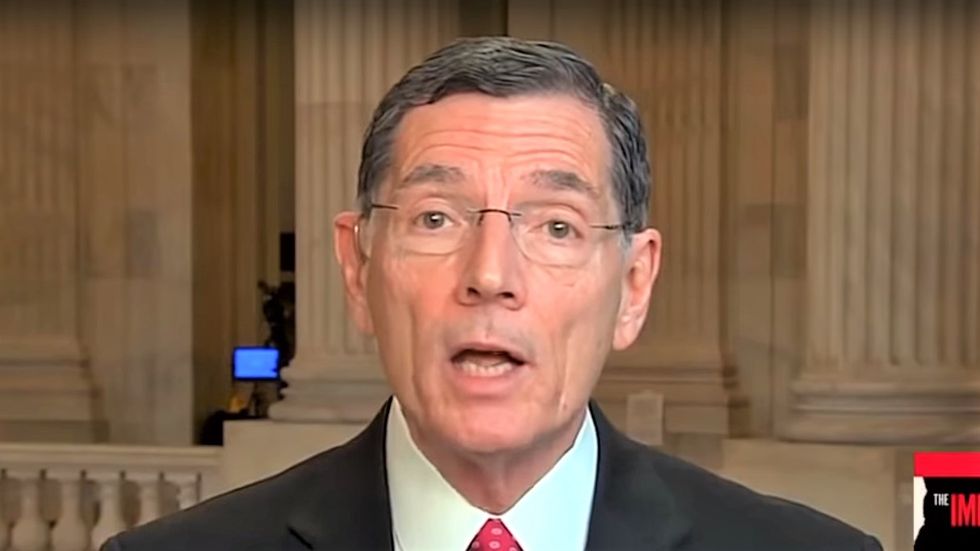 Appearing on MSNBC's "AM Joy" Esquire editor-at-large Charles Pierce explained that he was in attendance when Republican lawmakers professed outrage at Rep. Adam Schiff (D-CA) after he noted a CBS report that stated they are under threat from Donald Trump aides that he will see their heads on "pikes" if they cross him.

According to Pierce, they are, in fact, "terrified" that the president might one day turn on them.

Speaking with host Joy Reid, the popular Esquire columnist ridiculed the Republican senators for the position they have found themselves in by supporting the president.

"Charlie, you were in those gaggles talking to these senators," host Reid began. "How did they try to make sense of it just being confronted as they walk out of the hearings, sitting in a trial and saying, 'nope we don't need any witnesses unless we can be Adam Schiff and the whistle-blower and [former Vice President Joe] Biden?"

"The Republicans are all fish-flopping around in the bottom of the boat basically," the MSNBC contributor replied. "They have the votes, they know they have the votes and they are just hanging on and they don't necessarily have to make a lot of sense."

"I think that the epic moment in regards to that was the other night after Adam Schiff's presentation when they all pretended to be offended by the fact that he quoted CBS for a report about heads on pikes," he continued. "I mean, James Lankford of Oklahoma practically bowled people over getting the microphone to explain how he wasn't afraid. They're terrified, by the way, they're all terrified. [Ohio Democrat] Sherrod Brown said that the other night and he's absolutely right."