'This is bad news for Trump': Morning Joe drops bombshell on president over blowback from impeachment trial 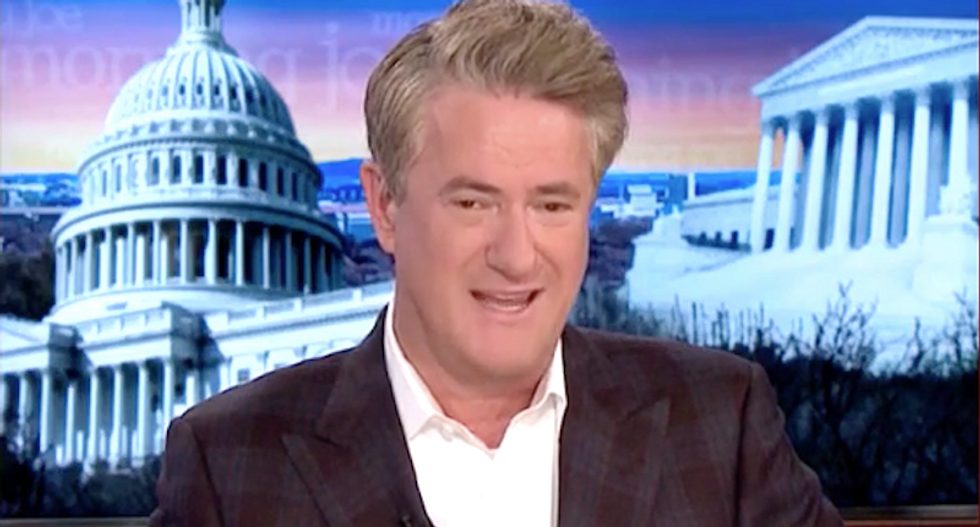 Referring to a new poll that shows Donald Trump is losing to virtually every Democrat who is running for their party's presidential nomination, the panel on MSNBC's "Morning Joe" suggested the president may survive impeachment but not the 2020 election.

"Why don't we see what the American people are thinking about these proceeding, because when you listen to Republicans, they will tell you that this has just been -- that Nancy Pelosi mishandled this, Adam Schiff mishandled it," host Scarborough began. "That the American people are angry and this is going to help Donald Trump and help the Republicans so much. Poll after poll after poll shows that to be a lie."

Pointing out that the numbers show the American public want the president ousted from the Oval Office, the MSNBC host explained, "All of those numbers are proving that this impeachment and the truth coming with it, the proceedings, are hurting the president. Now [there is] direct evidence how it's hurting him in head-to-head matchups where Democrats appear to be breezing past Donald Trump now."

After listing off various Democratic candidates whose numbers are rising past Trump in the polls, Scarborough added, "I hear Trumpists on TV, read Trumpists in the paper and on Twitter. They're all whistling past the graveyard suggesting that this impeachment proceeding could not be going better for Donald Trump, and yet the American people in poll after poll suggest just the opposite is true. This is bad news for Donald Trump."