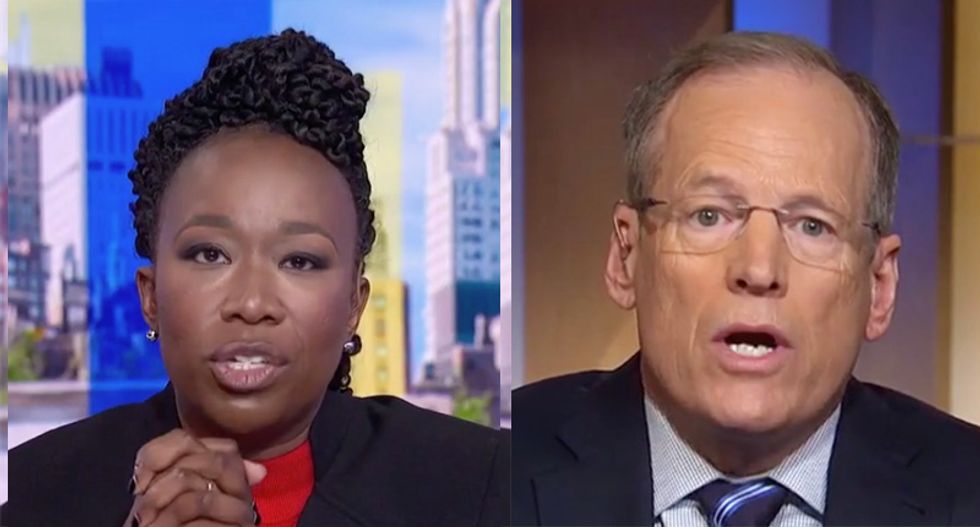 MSNBC host Joy Reid showed no patience with former Rep. Jack Kingston (R-GA) on Sunday morning as the advocate for the re-election of Donald Trump repeatedly was called out for lying about the facts of the Ukraine corruption case against Donald Trump as well as the House impeachment trial.

Sitting on a panel with the Intercept's Mehdi Hasan, Kingston was given the first crack at addressing the defense case put forth by Trump's lawyers on the Senate floor on Saturday, only to be pulled up short by the MSNBC host after stating a falsehood, for which he received an admonishment.

With Kingston claiming Democratic members of the Senate who are currently running for their party's presidential nomination did not attend the Saturday hearing, Reid quickly cut him off.

As the interview continued, Reid was forced to repeatedly cut off the former GOP lawmaker, at one time warning him, "Okay. so here's the difference between the way we do business over here on MSNBC and the way that they might do business in other places you appear: you just can't say things that aren't true."