Trump goes on bizarre Comey rant in front of Chinese delegation: He ‘choked like a dog!’ 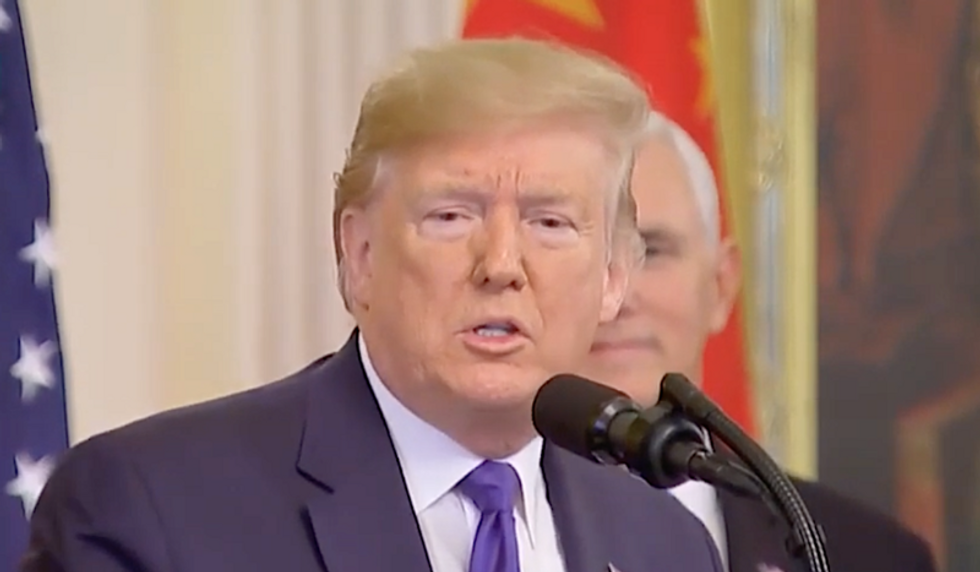 Standing alongside China's Vice Premier Liu He and top administration officials, President Trump launched into an extensive rant before signing an initial trade deal with China designed to roll back some tariffs and boost China's purchases of US goods and services.

At one point, Trump focused on Senator Chuck Grassley (R-IA) who was sitting in the audience.

"Chuck, will you stand up for a second?" Trump said.

"He made Comey choke during the hearing," the President continued, praising Grassley's questioning of former FBI Director James Comey during a 2017 hearing. "Comey choked like a dog and he was being nice when he said it," Trump continued, still addressing Grassley.