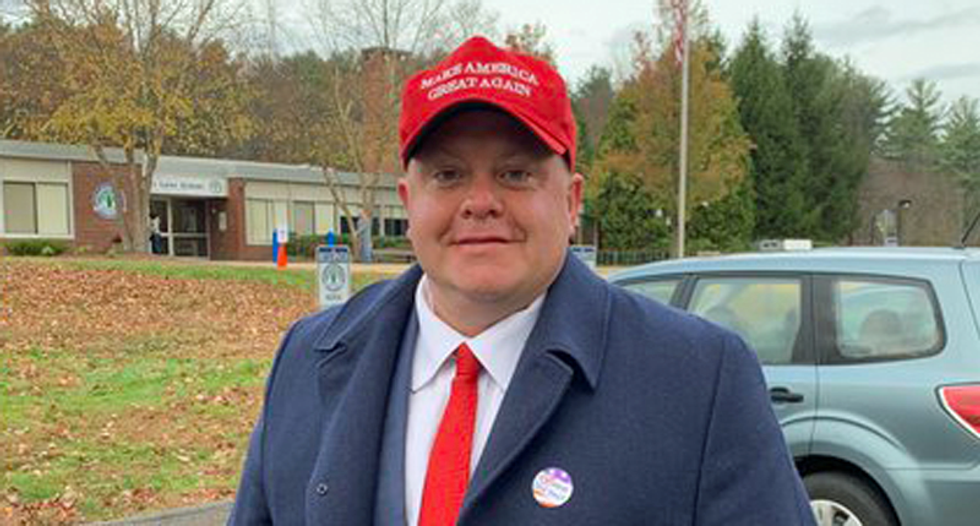 A pro-Trump aspiring politician who was named in documents released by an indicted associate of Rudy Giuliani is being sued by a Dutch Trump supporter for defamation, the Hartford Courant reports.

Robert F. Hyde reportedly made the alleged defamatory comments during an interview with a local news station, where he discussed the documents alleging he was involved in some sort of surveillance operation of Marie Yovanovitch, the former U.S. ambassador to Ukraine. WhatsApp messages appeared to show that Hyde was sending updates on Yovanovitch's whereabouts to Lev Parnas, a former associate of Giuliani who is now under indictment for campaign finance violations.

According to House Democrats, Hyde was getting information about Yovanovitch from a man named Anthony de Caluwe. In the news interview, Hyde said, "Why doesn’t everyone look into Anthony de Caluwe ... or whatever the heck his name is?"

"I have no ties to Ukraine," he added.

In his lawsuit, de Caluwe claims he is a "totally innocent individual," while at the same admitting that he did indeed text Hyde about Yovanovitch's movements, but the texts where just "ridiculous banter."

On January 20, Hyde claimed that de Caluwe had sent him information on Yovanovitch, which he “copy and pasted” and sent to Parnas.

“It wasn’t about tracking. I didn’t know what it was about,” Hyde said, adding that he thought de Caluwe's messages were a joke.

Read the full report over at the Hartford Courant.