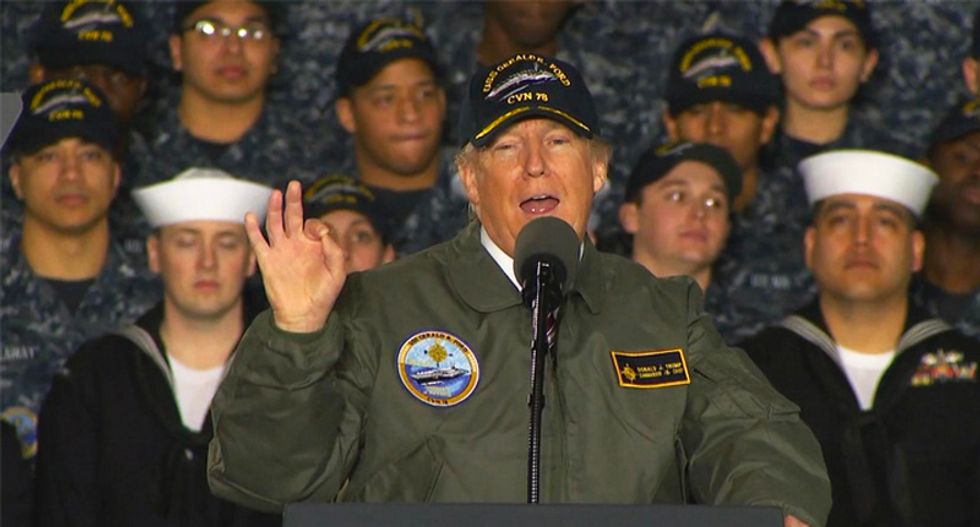 President Donald Trump has been working with Taliban representatives to craft a deal so that the U.S. can pull out of Afghanistan. Of the hundreds of campaign promises Trump made in 2016 was to "keep" troops on the ground in Afghanistan because it is "a mess." But as the ongoing wars grow more unpopular and deaths continue, Trump promised he would pull troops out by 2020.

"He was fed up with hearing that the U.S. was not winning there," a former U.S. defense official told NBC News. "It was no secret he wanted out, but deciding to pull out of the embassy, too, was a shock."

Pulling out of the country means Trump must craft a deal with the Taliban, the group linked to al Qaeda, which worked to attack the World Trade Towers in 2001. Trump had invited the Taliban to Camp David ahead of the Sept. 11 anniversary in 2019, but it was ultimately canceled and reworked. The Taliban still denies the link.

"We're back in a situation where we're in talks with the Taliban," White House national security adviser Robert O'Brien told Axios. "The Afghan forces are doing better, and I think we'll be in a position at some point soon, whether it's with a deal or without a deal, to reduce our military footprint in Afghanistan."

"Trump has long said he wants to pull American troops out of Afghanistan," wrote Axios. "A source close to the president told Axios Trump views this as one of his biggest unmet promises. The source worries Trump would order a major drawdown before the 2020 election."

But when asked if Trump could get a deal with the Taliban before the election, O'Brien said he doesn't judge things based on elections.

"We were very close to doing a deal last year, and the Taliban felt that they could increase pressure on the United States by blowing up a bunch of people, including an American, right before some critical end-game talks," he explained. "This president does not respond to that type of tactic."

While the election isn't a concern for O'Brien, it is for Trump.

The military began drawing up plans in Oct. 2019 for a draw down if the president surprised them as he did with Syria.

"Trump has long threatened to withdraw all American forces from Afghanistan, but his repeated emphasis in recent weeks on the need to end all foreign wars has infused a new sense of urgency into the renewed Pentagon effort," officials said according to NBC News.