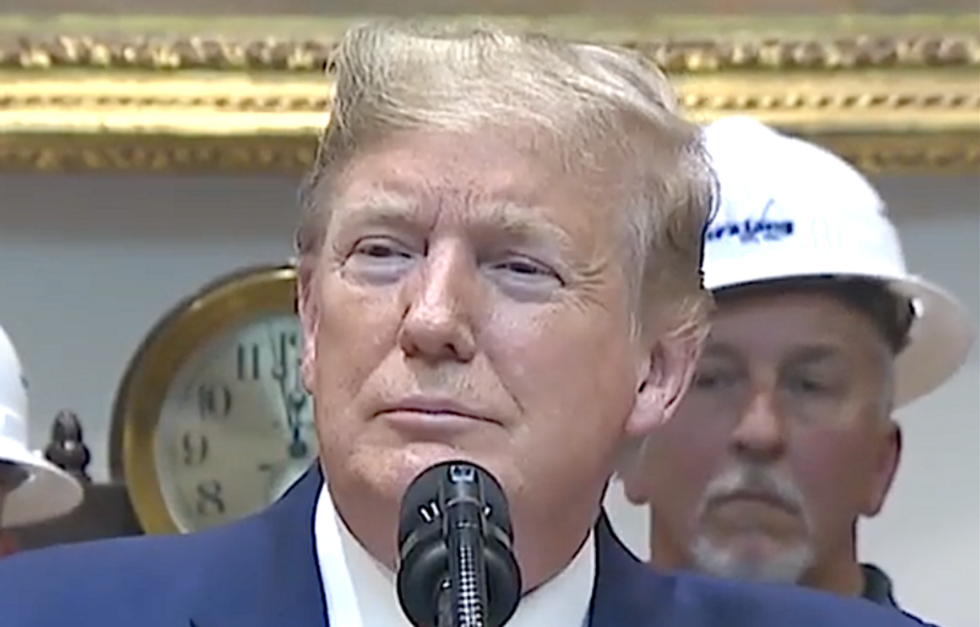 In the wake of the US-Iranian crisis, President Trump has expressed that he wants America's NATO allies to be more involved in the Middle East. During a press conference this Thursday, Trump was asked by a reporter to elaborate on that concept and he started out by sharing the name he came up with for the potential new endeavor.

"I said, 'What a beautiful name,'" Trump continued, recounting an alleged conversation he had with NATO secretary general Jens Stoltenberg. "NATOME -- I'm good at names, right? USMCA -- like the song, YMCA. Nobody could remember ... I said, 'think of the song, YMCA,' now everybody says it. They don't remember the previous name of a bad deal, commonly known as NAFTA.'