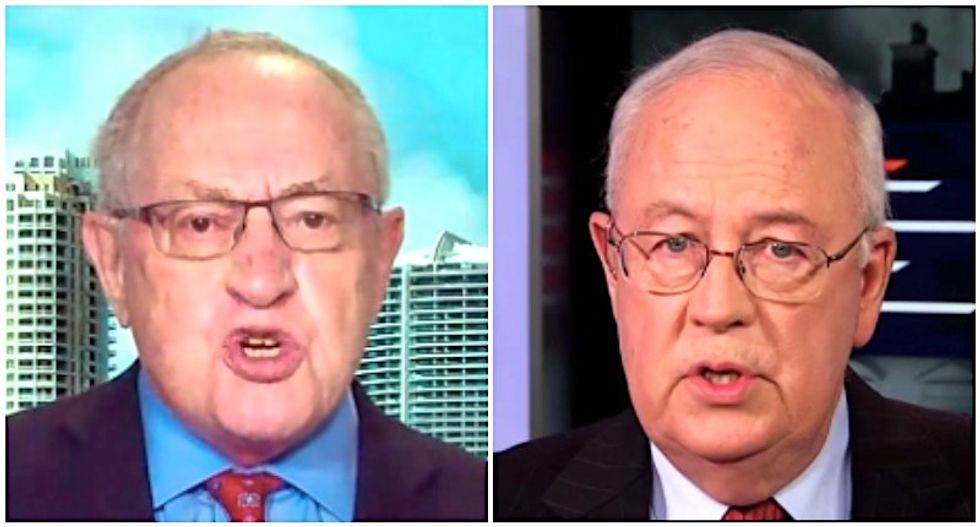 Dershowitz has been accused of sex abuse by one of Epstein's victims, and Starr was ousted as president of Baylor University in 2016 after an investigation into his handling of sexual assault claims against football players.

Former Florida attorney general Pam Bondi, who dropped an investigation into Trump University in 2013 after receiving a campaign donation from the future president's foundation, will also join the team.

I can just hear Trump swanning around Mar-a-Lago bragging, "These are the guys that kept Epstein out of jail!" https://t.co/zNu3KlCCRw
— Schooley (@Schooley)1579276293.0

Isnt Dershowitz an unindicted co conspirator of Epstein? What is it with the GOP and pedophiles? https://t.co/vHzKq0g9Pv
— Steve Saideman (@Steve Saideman)1579276337.0

In other words, Dershowitz will argue the exact opposite of the position of the Framers of the Constitution. https://t.co/a8VmgIYk06
— Justin Amash (@Justin Amash)1579273967.0

Just truly amazed at "Epstein didn't kill himself" existing as a meme among Trump supporters. Alexander Acosta, Ala… https://t.co/Cw1HiaMYKA
— The face toucher (@The face toucher)1579275798.0

In addition to his many other defects, like many other aging people locked in the past, Trump sees everything as it… https://t.co/ZXLImqD36F
— David Rothkopf (@David Rothkopf)1579273746.0

How many scandals does Alan Dershowitz have? I’ve lost count. Odd choice for a defense attorney.
— Neera Tanden (@Neera Tanden)1579274058.0