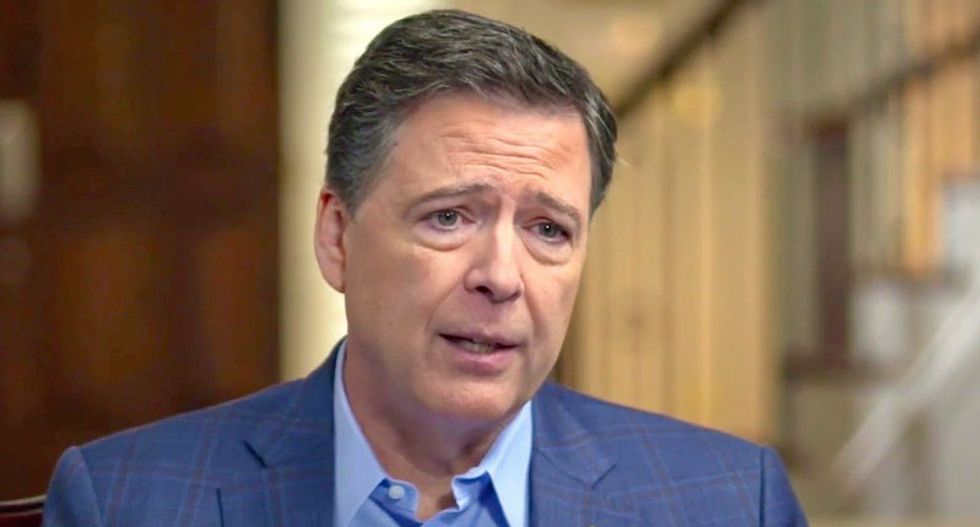 Former FBI Director James Comey is coming under another investigation thanks to President Donald Trump and Bill Barr's Justice Department.

The accusation is that Comey improperly leaked classified information about a Russian intelligence document to reporters, the New York Times reported Thursday.

"The case is the second time the Justice Department has investigated leaks potentially involving Mr. Comey, a frequent target of President Trump, who has repeatedly called him a 'leaker.' Mr. Trump recently suggested without evidence that Mr. Comey should be prosecuted for 'unlawful conduct' and spend years in prison," the report said.

The timing is curious as it comes just a week after former Secretary Hillary Clinton was found innocent by the Justice Department for whatever Trump decided she needed to be investigated for.

The case against Comey isn't expected to go anywhere, according to one former Justice Department lawyer.

“Leak cases are incredibly difficult to prosecute,” said Brian Fleming, who previously worked on similar cases involving national security. “They are very challenging to present to a jury both as an evidentiary matter and in terms of presenting a compelling, coherent narrative. That is a big reason so few leak cases get charged and even fewer ever go to trial.”