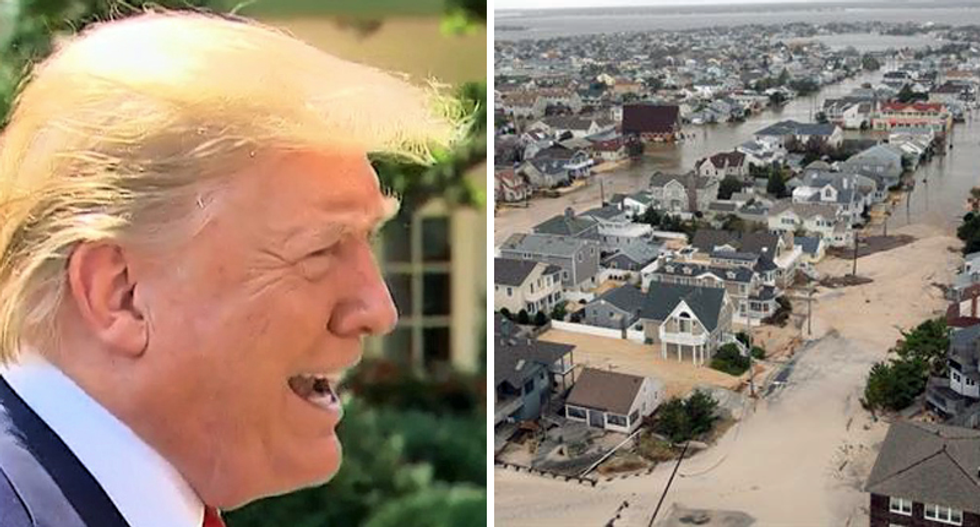 President Donald Trump's Saturday at Trump International Golf Club did not seem to relax the commander-in-chief.

He also attacked a plan to build a sea wall to protect New York City from climate change for economic, intellectual, environmental and aesthetic reasons.

He then presented his counter-proposal.

"Sorry, you’ll just have to get your mops & buckets ready!" the commander-in-chief suggested.