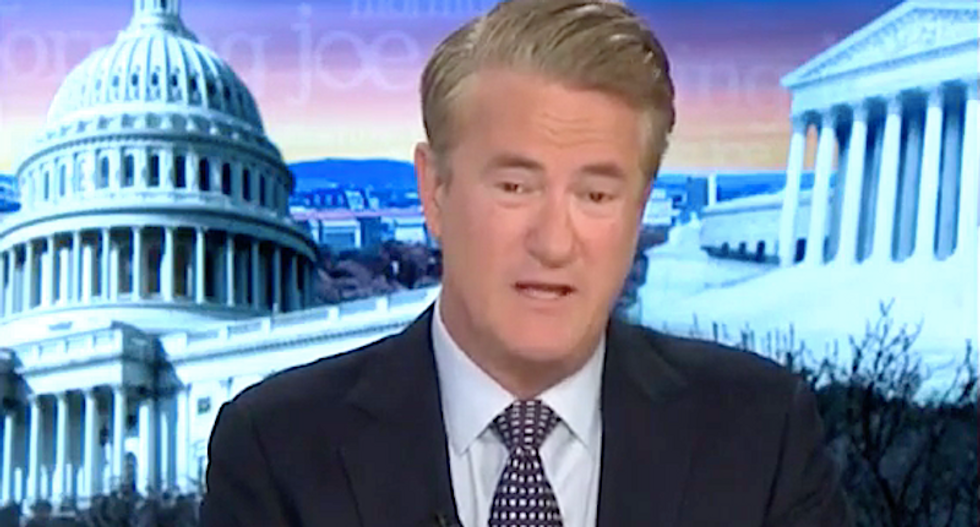 The "Morning Joe" host agreed with contributor Elise Jordan, who said the president's defense team seemed to be focused on delivering "Fox News hits" instead of substantial legal arguments.

"I'm glad you brought up that, the Fox News bubble that these people live in," Scarborough said. "Because I remember growing up, and I remember reading an article about John Roberts, and I think it was Grover Norquist who explained the reason he was such a good student and so good on his feet in those hearings was, he said, when you were a conservative at Harvard Law School, if you opened your mouth you knew you were going to get your head knocked off by the other students, so you had to have all of your arguments together."

Fox News has lulled conservatives into a false sense of security, Scarborough said, and had destroyed Republicans' ability to argue.

"Here we are in 2020 and it's the Trumpists, it's the conservatives, it's the right wing that's created this bubble, they go into that bubble, they don't know what exists outside of that bubble, as far as for making arguments," Scarborough said. "We saw this (with) this Mitt Romney in 2012. He watched Fox News, he looked at Gallup polls and was sure he was going to win, when the rest of America knew he was headed to defeat."

"Isn't that bizarre that conservatives have now, like liberals, used to created their own echo chamber online, on Fox News, in newspapers of their choice and it allows them to live very comfortably in their 42 percent. They have no idea what's coming in November."