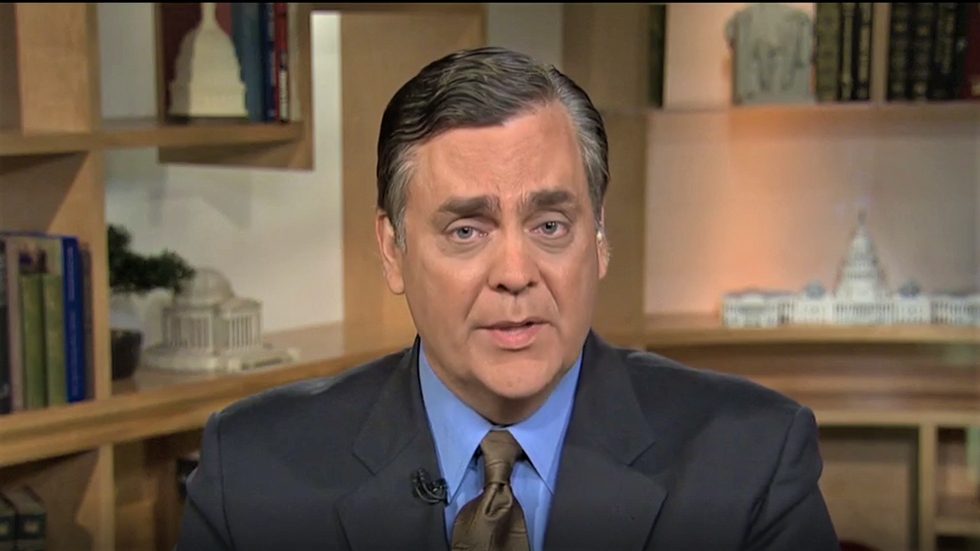 When the House Judiciary Committee debated impeachment, only one of the four law professors called as expert witnesses sided with President Donald Trump: George Washington University Law professor Jonathan Turley, a noted civil libertarian, who argued that the House's process for gathering and debating evidence was problematic.

But in an op-ed for the Washington Post on Tuesday, Turley pointedly broke with Trump's legal team on one of their most fundamental arguments in the Senate trial: that the articles of impeachment are invalid because they do not allege the president committed a specific federal crime. Such a view, Turley wrote, "is at odds with history and the purpose of the Constitution."

"While Framers did not want terms such as 'maladministration' in the standard as dangerously too broad, they often spoke of impeachable conduct in noncriminal terms, such as Justice Joseph Story referring to 'public wrongs,' 'great offenses against the Constitution' or acts of 'malfeasance or abuse of office,'" wrote Turley. "Alexander Hamilton spoke of impeachment trials as addressing 'the misconduct of public men, or, in other words, from the abuse or violation of some public trust.'"

"While I believe that articles of impeachment are ideally based on well-defined criminal conduct, I do not believe that the criminal code is the effective limit or scope of possible impeachable offenses," continued Turley. "If some of the president’s critics are adopting a far too broad understanding of impeachable offenses, the White House is adopting a far too narrow one."

"The adoption of this interpretation would create lasting harm for the constitutional system," warned Turley. "It would again 'expand the space for executive conduct' by reducing the definition of impeachable conduct to the criminal code. It is an argument that is as politically unwise as it is constitutionally shortsighted ... Whatever benefit from the clarity of such a position will come at the cost of any possible consensus. If successful, it would also come at a considerable cost for the Constitution."

Turley further warned Republicans that such an untenable legal argument risks fracturing their own caucus, by persuading some in the GOP to break ranks and vote to convict.