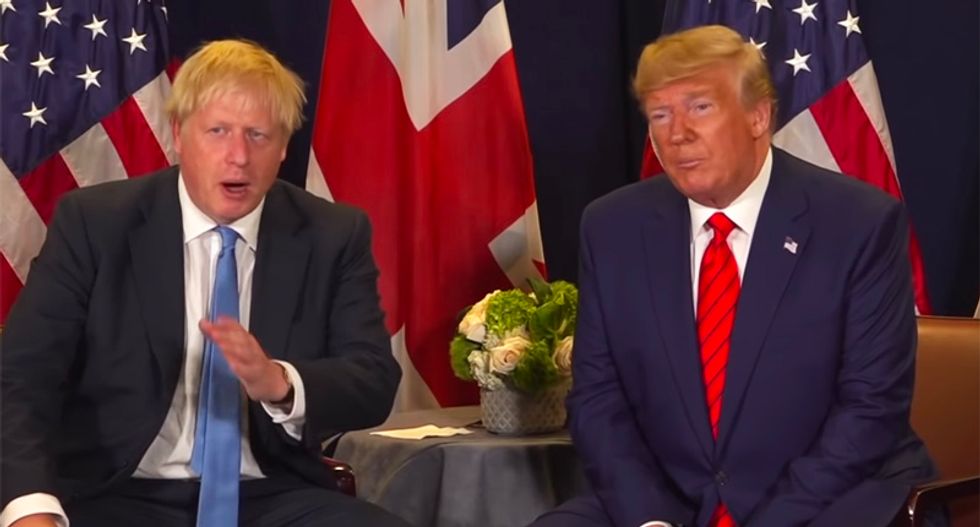 Ben Wallace, who serves as the United Kingdom's Secretary of State for Defense, is worried that the United States in the age of President Donald Trump cannot be counted on as a reliable ally.

"I worry if the United States withdraws from its leadership around the world," Wallace said this week in an interview with The Times. "That would be bad for the world and bad for us. We plan for the worst and hope for the best."

Wallace also cited some of Trump's actions and statements as justification for launching a review of U.K. defense policy aimed at making the country less dependent on the United States.

"Over the last year we've had the U.S. pull out from Syria, the statement by Donald Trump on Iraq where he said NATO should take over and do more in the Middle East," Wallace said. "The assumptions of 2010 that we were always going to be part of a US coalition is really just not where we are going to be. We are very dependent on American air cover and American intelligence, surveillance and reconnaissance assets. We need to diversify our assets."

A push to make the U.K. more independent from America likely will mean working more closely with Europe, despite the fact that voters in the U.K. voted to leave the European Union in 2016.