WATCH: Trump brags about his ‘tremendous’ economy – as the reason he wants to cut Medicare and Social Security 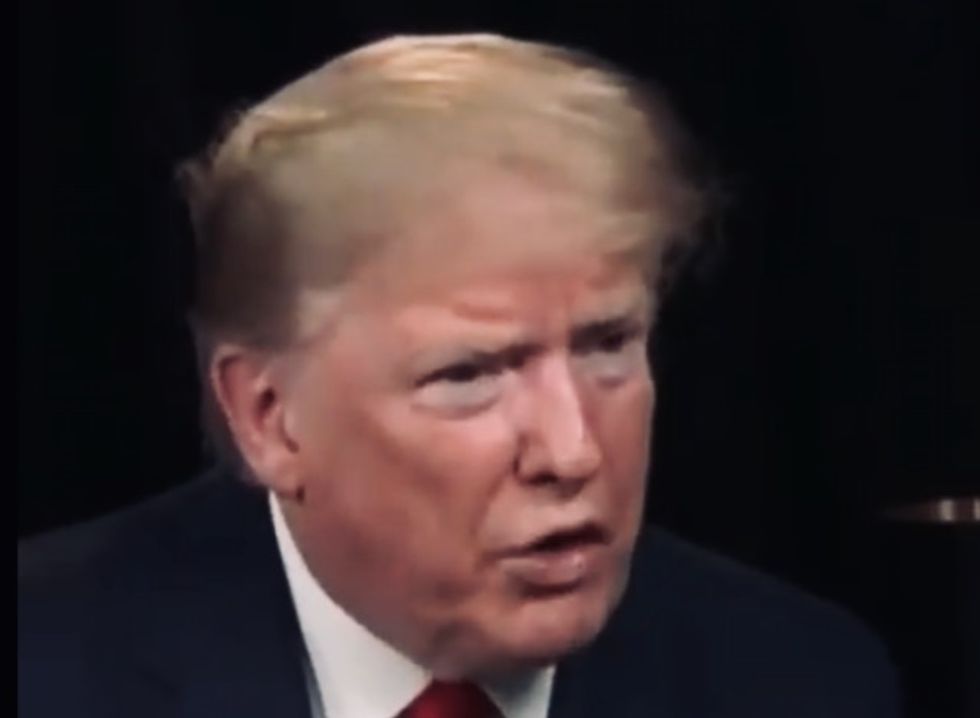 President Donald Trump is contemplating cutting the safety net that protects millions of Americans, including children, from poverty, disease, illness, and even death. Speaking at the World Economic Forum this week, where he repeatedly bragged about the strength of the U.S. economy – which was provably stronger and faster-growing under his predecessor – Trump revealed his intention to look at axing the so-called "entitlement" programs that literally save lives.

A CNBC reporter asked Trump if entitlements will ever be cut.

It's important to note the timing is after the 2020 presidential election, so he's not willing to risk his re-election by doing it now. Trump is also working to literally void ObamaCare – after the 2020 election.

"You know, that's actually the easiest of all things, if you look," to cut, he claimed – not concerned about the human cost of depriving millions of Americans funds they use for basic necessities like food and housing, and denying them access to health care.

The CNBC reporter reminded the President he previously had promised to never cut Social Security or Medicare.

"Well, we're going to look," Trump offered as his defense – which shows he's willing to break his promise.

Trump's reasoning is literally that America is richer today than before he took office, so why not kick the neediest off the rolls, even though the nation in theory could better afford to take care of its poor now.

Trump tells CNBC that he’s pondering taking the axe to Medicare and Social Security because it's "the easiest of al… https://t.co/Is2hjswcxZ
— Tim O'Brien (@Tim O'Brien) 1579729575.0