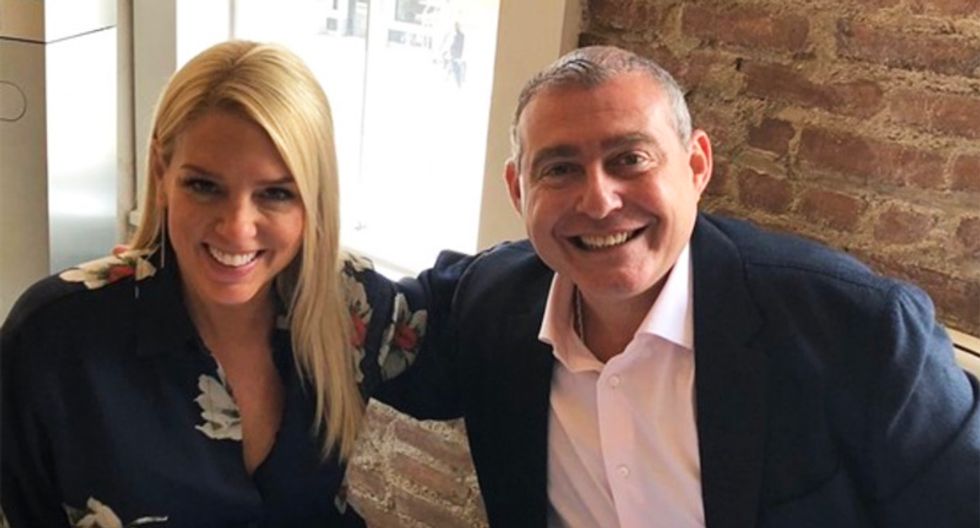 During an interview with NBC News' "Today" on Saturday, Pam Bondi, the former attorney general of Florida and one of the lawyers representing President Donald Trump in impeachment matters, dismissed the photograph released by House Democrats that shows her with indicted Rudy Giuliani associate Lev Parnas.

"Clearly, Lev Parnas liked to take pictures with a lot of people," said Bondi unconcernedly. "He showed up at events pretty much everywhere where Republicans were."

Asked about Trump's relationship with Parnas, she added, "I don't know what that matters, what they're planning on doing with it. We're going to stick to the facts and stick to the law in this case."

Bondi and Trump's association goes back years. She attracted national attention in 2016 after she dropped her state's investigation into the fraudulent Trump University, right after soliciting a $25,000 campaign donation from the then-presidential candidate.

Parnas is facing charges of campaign finance fraud. He and his business partner Igor Fruman were instrumental in helping Trump and Giuliani in a scheme to pressure the president of Ukraine into announcing an "investigation" into former Vice President Joe Biden's family.