'What drugs is he on?' Trump sparks concern by slurring and sniffling through Iran remarks 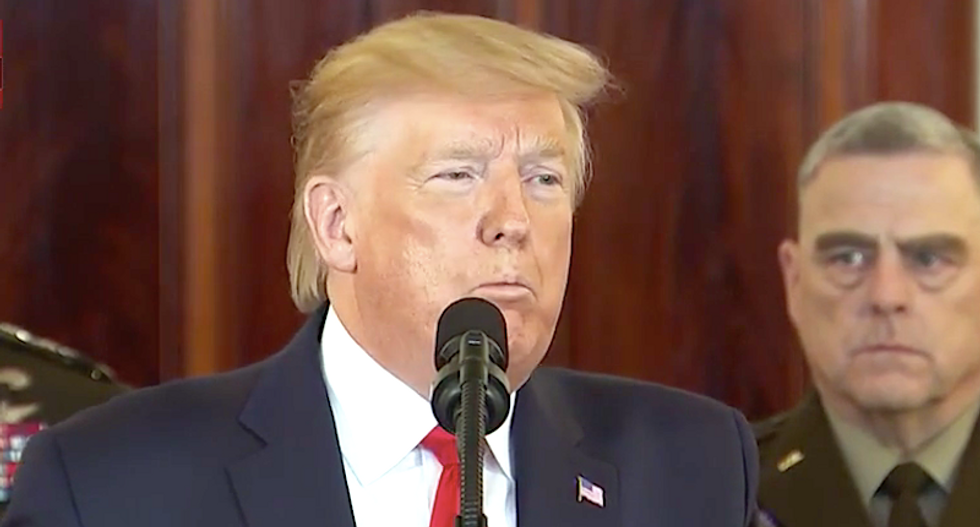 President Donald Trump responded to Iran's missile retaliation to the assassination of one of its top military leaders -- and many viewers wondered what drugs he'd taken.

The president vowed to keep nuclear weapons away from Iran but did not threaten further military strikes at this time, much to the relief of social media users.

But some observers couldn't help but notice Trump's odd demeanor and phrasing.

whoever it was that shot Trump up with a bunch of horse tranquilizers or whatever this morning to prevent him from… https://t.co/DOcJukpL8a
— Rob (@Rob) 1578501787.0

@TheDailyEdge He is not well, can hardly open his eyes, slurring his words, sniffing and short of breath and who sp… https://t.co/RBD8HrgFkg
— All Kinds of Nope (@All Kinds of Nope) 1578502093.0