Why was Lev Parnas wearing a ‘Presidential Service Badge’ awarded to troops who serve in the White House? 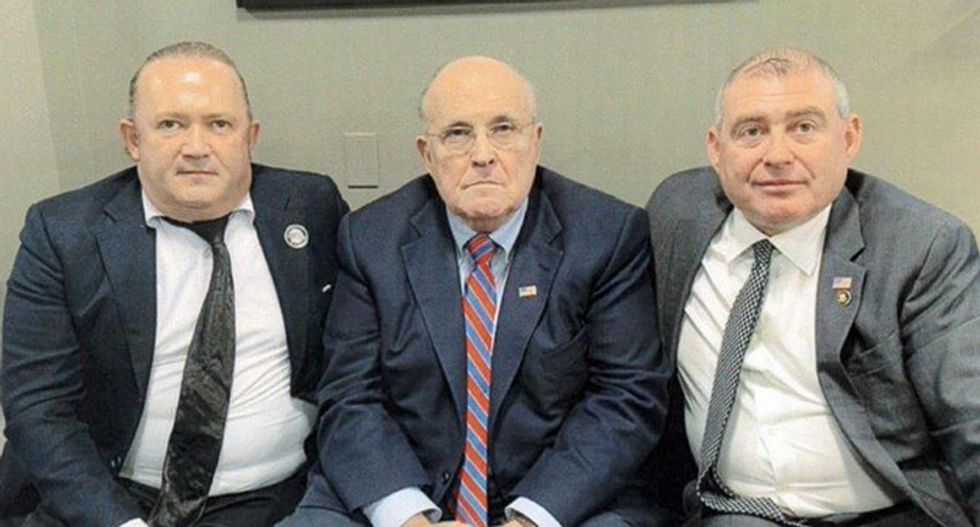 The photo shows Igor Fruman -- who, like Parnas, is under federal indictment -- sitting closely next to Rudy Giuliani and Parnas.

Haber said a source informed her that in the picture, Parnas can be seen wearing a "Presidential Service Badge," linking to the Wikipedia entry on the pin.

"The Presidential Service Badge (PSB) is an identification badge of the United States Armed Forces which is awarded to members of the U.S. Army, U.S. Navy, U.S. Air Force, U.S. Marine Corps, and U.S. Coast Guard as well as other members of the Uniformed Services, such as the U.S. National Oceanic and Atmospheric Administration Commissioned Corps and the U.S. Public Health Service Commissioned Corps, who serve as full-time military staff to the President of the United States," Wikipedia explained.

Haberman also noted a picture showing former White House advisor Seb Gorka apparently wearing the same pin. Gorka is not known to have ever served in the U.S. military, but reportedly did volunteer for the British Territorial Army and worked for the Hungarian Ministry of Defense.